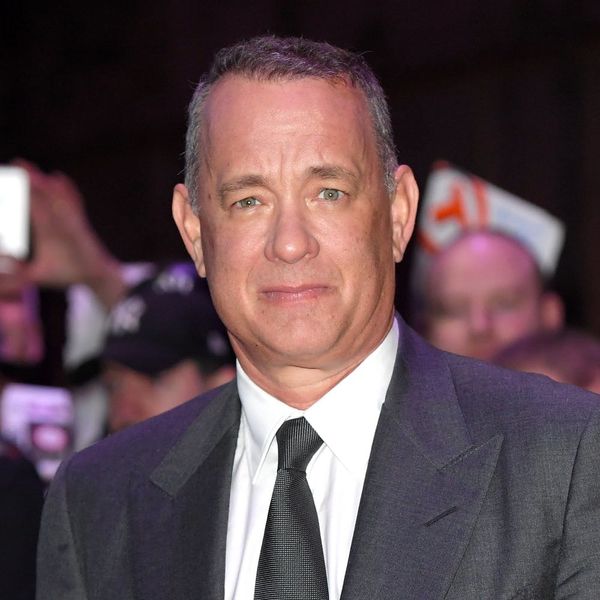 Tom Hanks just keeps solidifying his place as “America’s Dad” by crashing wedding photo-shoots and bringing our fave ‘90s rom-com couple back to the screen. And though it might be a tad early for exchanging presents, he now has us aww-ing all over again by sending a fan the BEST gift. Seeing what it includes will totally make you want one, too, we guarantee.

The gifting sitch started when Toronto’s Zena Gopal made a bet with her friends that she could get a celeb to send her a headshot the fastest. Knowing Hanks is faithful and fast when it comes to responding to his fans, she wrote the actor telling him about her love of his movies (specifically 1996’s That Thing You Do!) and asked for a headshot. What she got was even better!

Not only did she a package back with a letter, it also included a pic of Tom holding up a pic of Zena herself that she had sent along. He wrote, “Hey, Zena, does this count as a head shot? Sorry for the beard, but I have some shooting coming up and I must have whiskers. And, my headshot is not all that current, taken long ago and I’d come off vain sending along… Toronto, huh? Damn fine town. Growing fast, all those condo towers down on the lake. Nice views, I guess. I have not been there since one of the Film Festival dates sometime back.”

The note certainly wasn’t short, though it was sweet, continuing, “Christmas just days away. Are you ready?… For the record, I still find myself humming some of the music from That Thing You Do! like you. I was always partial to the songs ‘Dance With Me Tonight’ and ‘Drive Faster.’… This Polaroid has been developing as I have been typing. The thing is scary … Throw deep, always… Tom Hanks.””

What’s the most thoughtful gift you’ve ever received? Tweet us @britandco!