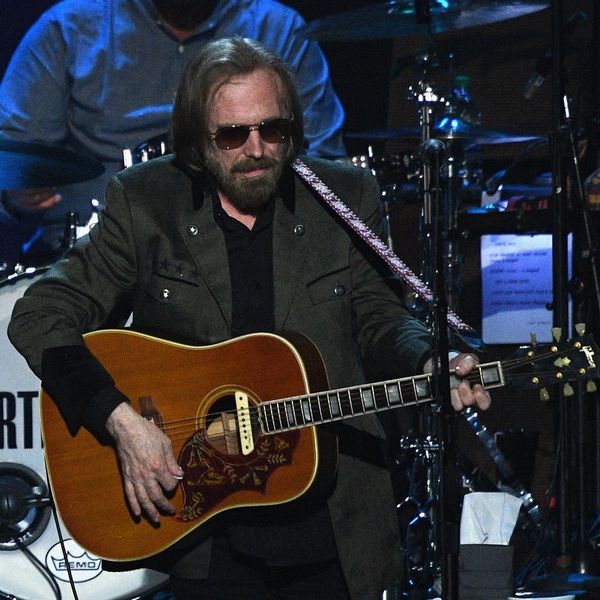 Legendary rocker Tom Petty has died at the age of 66, the New York Times and CNN report. His manager, Tony Dimitriades, confirmed the sad news on behalf of the musician’s family.

“He suffered cardiac arrest at his home in Malibu in the early hours of this morning and was taken to UCLA Medical Center but could not be revived,” Dimitriades said in a statement posted to Petty’s official Twitter account. “He died peacefully at 8:40pm PT surrounded by family, his bandmates, and friends.”

Petty first broke onto the music scene in the mid-1970s with a bluesy guitar rock sound. He shot to stardom with his now-famous band, Tom Petty and the Heartbreakers, and their first hit, “Breakdown.”

The ’80s saw the singer pair up with one of music’s most iconic women: Fleetwood Mac’s Stevie Nicks. The two duetted on 1981’s “Stop Draggin’ My Heart Around,” which Petty originally wrote with Mike Campbell for The Heartbreakers, but which Nicks released as the first single from her solo debut, Bella Donna.

In the late ’80s and early ’90s, the singer regained solo fame, writing music for movies such as Jennifer Aniston’s She’s the One. Singles including “Free Fallin'” and “Mary Jane’s Last Dance” (a hit with his then-reunited Heartbreakers), played on heavy rotation on MTV. (The latter’s music video featured Kim Basinger.)

Petty also guest-starred in a number of films and TV shows, including The Postman, where he played a post-apocalyptic version of himself, and Fox’s King of the Hill, for which he voiced Luanne’s husband Elroy “Lucky” Kleinschmidt.

Of his recently finished Heartbreakers tour, Petty told Rolling Stone in December of last year, “I’d be lying if I didn’t say I was thinking this might be the last big one. We’re all on the backside of our sixties. I have a granddaughter now I’d like to see as much as I can. I don’t want to spend my life on the road.”

Our condolences to Petty’s loved ones.

What’s your favorite song by Tom Petty and the Heartbreakers? Tell us @BritandCo.