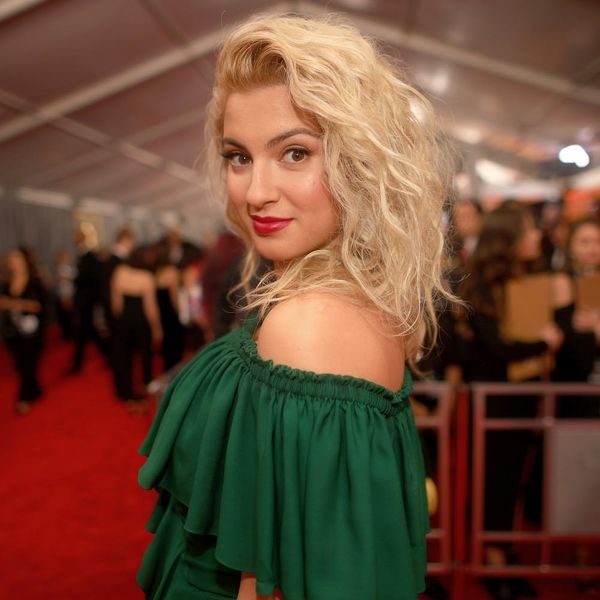 The royal wedding wasn’t the only beautiful ceremony that happened this weekend! Singer Tori Kelly revealed on Sunday that she and boyfriend André Murillo tied the knot in a gorgeous outdoor setting.

“Thank you to everyone who made this the most magical day ever. I’m floating,” Kelly, who wore a mermaid-style lace gown, wrote on Instagram alongside a portrait with her new husband. In the pic, the newlyweds nuzzle closely and smile at each other, with a stunning mountainside vista behind them.

Murillo, a German basketball player, posted the same photo to his own account, using traditional wedding vows as a caption. “For better or for worse, in sickness and in health, to love and to cherish, till death do us part,” he wrote.

According to several tags on the bride and groom’s photo, the wedding was catered by California eateries and beer and wine providers, including URBN Pizza, Twin Treats for cupcakes, 8 Bit Brewing Company, and B Side Wines. While the couple didn’t provide any details on the actual location of their beautiful nuptials, given the locations of the businesses that provided the food and drink, it seems safe to say it happened in California.

Kelly and Murillo have reportedly been dating since 2016. While they keep details of their relationship mostly out of the spotlight, they did share the exciting news of their engagement back in September. Congrats to the happy couple!

What do you think of Tori Kelly’s wedding setting? Let us know @BritandCo!