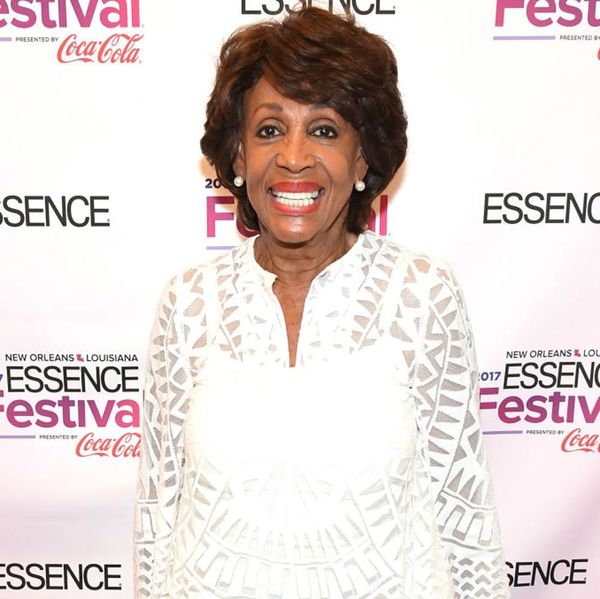 Representative Maxine Waters has become famous for her sharp wit and refusal to mince words about our current political landscape, which is why it’s surprising that last week, when testifying in Washington, Treasury Secretary Steven Mnuchin tried to silence the firebrand Representative from California. During testimony in which Mnuchin was being questioned by the House Financial Services Committee, which is headed by Waters, the Secretary kept trying to interrupt Waters.

Waters was asking Mnuchin about questionable financial ties between foreign banks (mainly in Russia) and the Trump administration. She was also questioning Mnuchin’s refusal to respond in writing to a letter sent by Congress on the subject. The entire time, Mnuchin tried talking over Waters instead of letting her finish (while also not answering her questions).

“Auntie Maxine” was having none of it. Zero. And thus, the newest comeback against mansplainers was born. Waters kept informing the committee that she was adding more time to her allotted questioning, simply repeating “I’m reclaiming my time.” And thus, the greatest meme was born.

We are so lucky to live in a moment where Auntie Maxine Waters exists.

I will now move thru the world with an air of "reclaiming my time." pic.twitter.com/EwpW0X5trm

Reclaiming my time= motto for the rest of the year. @MaxineWaters pic.twitter.com/aGaAeHSZ0x

A photo series of me reclaiming my time – thank you Auntie @MaxineWaters for the constant inspo & for taking no nonsense (see link in bio) pic.twitter.com/9Ex3gigvg2

♥️ that @MaxineWaters is on @amjoyshow to discuss the #ReclaimingMyTime line 2 Mnuchin. She said he was filibustering & taking up her time. pic.twitter.com/w3lTL0hZoe

Dear @MaxineWaters I ask that you guide my thoughts, my feelings and my perceptions AMEN #ReclaimingMyTime pic.twitter.com/t9HGASCmnn

This isn’t the first time Waters has been praised for her no-bull attitude. Since President Trump’s inauguration, Waters has become famous for her sharp tongue. Even though she has been in Congress for 25 years, and gained the nickname “Kerosene Maxine” back in the ’90s, her resistance to the current administration has gained her fans across the country.

After the inauguration, Waters decided that the gloves had to come off because of what she saw as disrespect for the nation. “I decided, ‘you know what? I’m going to take the gloves off and step out,'” she told the New York Times. Slay, Auntie Maxine, slay.

What is your favorite way to shut down mansplainers? Tell us @BritandCo!