Celebrities Who Have Joined the #MeToo Movement (So Far) 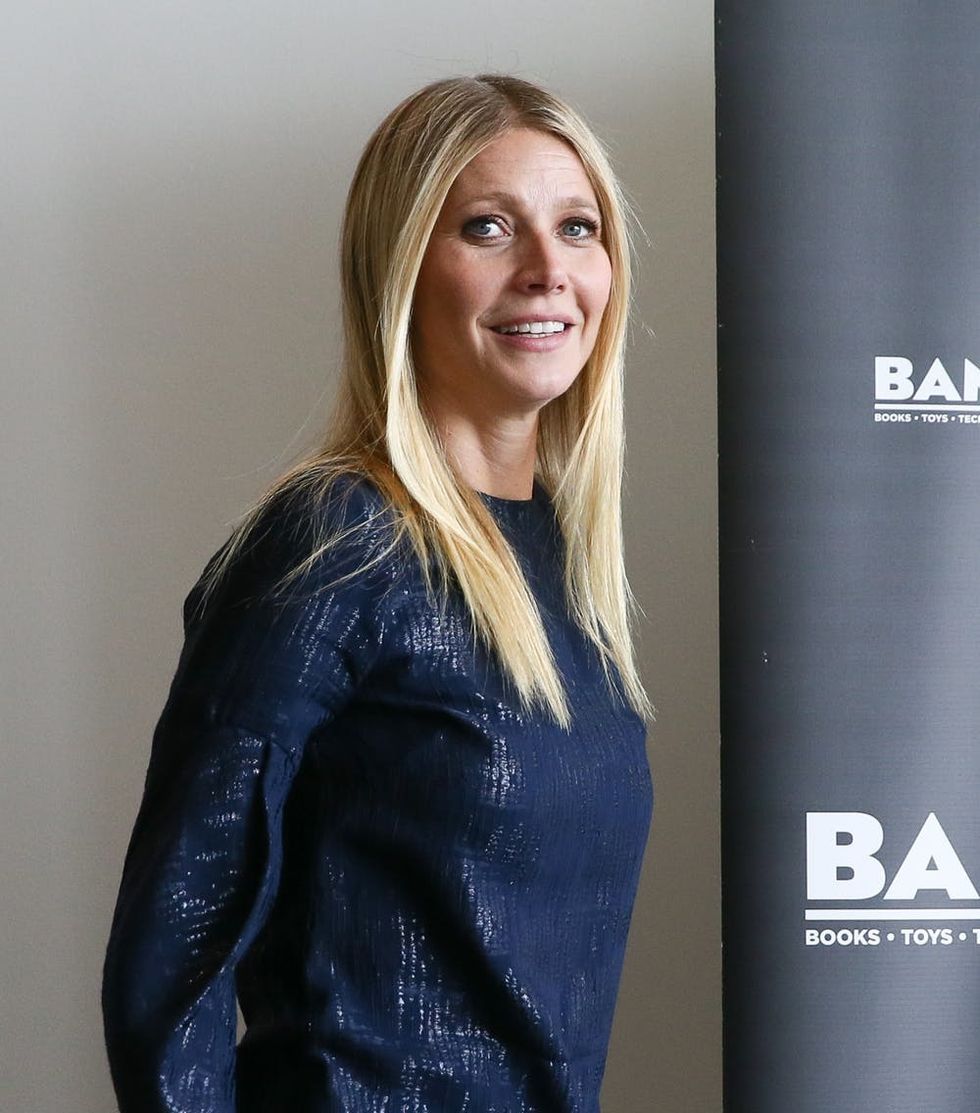 Across industries, over 200 high-powered men (and some women) have faced allegations of sexual harassment or assault as more and more survivors feel empowered to share their stories. And, in keeping with the trend, the list of celebrities who have spoken out is ever-growing.

Here are some of those who came forward to tell their stories. (Photo by Frazer Harrison/ Getty; Cover photo by Terry Wyatt/Getty)

Alyssa Milano: Shortly after allegations of sexual misconduct began to be leveled against Hollywood heavyweight Harvey Weinstein, actress Alyssa Milano asked people who had also suffered abuse to identify themselves using the words "Me Too." Although the actress was, at the time, unknowingly piggybacking on a hashtag launched a decade earlier by activist Tarana Burke, Milano's timing and high profile helped grow the grassroots movement into what we know today. (Photo by Dimitrios Kambouris/Getty)

Reese Witherspoon: Shortly after Milano’s initial message, Reese Witherspoon admitted at an event that she was assaulted at the age of 16 by a Hollywood director. “I have my own experiences that have come back to me very vividly and I find it really hard to sleep, hard to think, hard to communicate a lot of the feelings that I’ve been having about anxiety, about being honest, the guilt for not speaking up earlier,” Witherspoon said, according toPeople. “[I feel] true disgust at the director who assaulted me when I was 16 years old and anger at the agents and the producers who made me feel that silence was a condition of my employment.” (Photo by Alberto E. Rodriguez/Getty)

America Ferrera: The Sisterhood of the Traveling Pants star has become an outspoken activist and advocate over the last few years, sharing on Instagram that she wants to make sure that women are no longer silent. “First time I can remember being sexually assaulted,” the actress shared, “I told no one... Ladies, let’s break the silence so that the next generation of girls won’t have to live with this bullshit.” (Photo by Kevin Winter/Getty)

Jennifer Lawrence: Jennifer Lawrence has come forward with her own story of harassment in Hollywood. The actress recounted how, once, a woman producer made Lawrence line up, naked, with a number of other actresses, only to go on to tell the star that she was too fat. When Lawrence sought a different, male producer to back her up, his response was just as gross as the first producer’s.

“He responded by telling me he didn’t know why everyone thought I was so fat," Lawrence recalled. "He thought I was perfectly ‘f*ckable.’”(Photo by Frazer Harrison/Getty)

Salma Hayek, Lupita Nyong’o, Ashley Judd, Gwyneth Paltrow, Rose McGowan, Angelina Jolie et al.:To date, 85 women have come forward to accuse former Hollywood mega-producer Harvey Weinstein of sexual abuse. Some of the biggest actresses in the world now allege that the producer was inappropriate with them at different times in their careers, including Salma Hayek, Lupita Nyong’o, Rose McGowan, Gwyneth Paltrow, and Angelina Jolie, and many others. (Photo by Dia Dipasupil/Getty

Ashley Graham: The supermodel revealed on The View that during a photo shoot when she was 17, a photo assistant once cornered her and shoved her into a closet before exposing himself. The America’s Next Top Model judge said she ran away from him and, at the time, prayed that no one would find out what had happened. She worried that she would get a reputation in the industry as “the difficult model” and never get hired again. “If I knew what I knew now and all these women were standing up and saying, ‘me too,’ I would have smacked that guy,” Graham said. (Photo by Craig Barritt/Getty)

Lady Gaga: Lady Gaga has made no secret of the rape she endured at the hands of a record producer at the age of 19. Besides tweeting her support for the movement with a simple message of “me too,” the singer has been active in supporting other victims, including teaming up with former Vice President Joe Biden for accountability for sexual assault victims. (Photo by Christopher Polk/Getty)

Gabrielle Union: Gabrielle Union was attacked as a teen, and although she successfully had her rapist jailed, she believes the #MeToo movement isn’t working for everyone. “I think the floodgates have opened for white women,” she told the New York Timesin December. “I don’t think it’s a coincidence whose pain has been taken seriously. Whose pain we have shown and continue to show. Whose pain is tolerable and whose pain is intolerable. And whose pain needs to be addressed now.”

﻿“When we have the microphone,” Union asked the interviewer, “how often do we pass it back to the people who are experiencing a different challenge, but who are equally deserving as having the microphone?” (Photo by Leon Bennett/Getty)

Evan Rachel Wood: The Westworld star admitted in front of a House judiciary subcommittee working to implement a Sexual Assault Survivor’s Bill of Rights that she had been assaulted multiple times in her young life. “I want Congress to understand that sexual assault and rape have lasting effects on your health and well being,” Wood said in an email to CNN. “It’s the trauma that continues after the act itself that is overwhelming. Survivors shouldn’t also be forced to jump through hurdles to hold their perpetrators accountable.” (Photo by Jesse Grant/Getty)

Terry Crews: Brooklyn 99 star Terry Crews is one of the only men to come forward post-Weinstein, alleging that a high-profile agent (later named as Adam Venit) fondled him inappropriately at a party in 2016. The actor is continuing to use his position to speak up on behalf of victims who cannot, and is working to advocate for victims' rights. (Photo by Rich Fury/Getty)

Hilarie Burton: Actress Hilarie Burton came forward to accuse Ben Affleck of groping her during a taping of an MTV segment back in the early 2000s, which was backed up with video evidence. Late Show host Stephen Colbert later put Affleck in the hot seat, insisting the Batman v. Superman star comment on the event. “I don’t remember it, but I absolutely apologize for it," said Affleck. "I certainly don’t think she’s lying or making it up.” (Photo by Marc Stamas/Getty)

James Van Der Beek: Van Der Beek took Twitter to slam the critics of women who had stayed silent for years about their alleged experiences with Weinstein before admitting that he, too, had been inappropriately touched and intimidated by older, powerful men early in his career. “I understand the unwarranted shame, powerlessness, and inability to blow the whistle,” he wrote. “There’s a power dynamic that feels impossible to overcome.” (Frazer Harrison/Getty)

The Women of USA Gymnastics:Since being arrested in 2016, disgraced former doctor Larry Nassar’s web of victims has only grown. Included in the list are mostof Team USA’s most decorated gymnasts. Aly Raisman, Gabby Douglas, McKalya Maroney and Simone Biles are just some of the over 100 victims of the doctor’s abuse, which went unchecked for decades. There are now multiple lawsuits underway against USA Gymnastics and the US Olympic Committee for their complacency in the abuse. (Photo by Laurence Griffiths/Getty)

Anna Faris: On an episode of her podcast, Anna Faris is: Unqualified, the actress admitted that she was once harassed by a director on set. “I was doing a scene where I was on a ladder and I was supposed to be taking books off a shelf and he slapped my a– in front of the crew so hard,” Faris said. “And all I could do was giggle... it made me feel small. He wouldn’t have done that to the lead male.” (Photo by David Livingston/Getty)

Thandie Newton: Recently, the Mission: Impossible II star told Australia's Herald Sun newspaper that she's been speaking out about abuse in Hollywood since long before it was a hot topic of conversation — sometimes, even to the detriment of her career.

“I have been an activist for 20 years,” Newton told Australia’s Herald Sun. “[The conversation about abuse in the industry has] been a long time coming. I certainly agitated for it to happen sooner, but no one was interested and people thought I was a bummer. Even my publicist told me to stop talking about it because it was bad for my reputation." (Photo by Jesse Grant/Getty)

Kat Armstrong
Kat has been a writer, social media maven and mom for longer than she's willing to admit. She's also spent time in front of and behind the camera, interviewing celebs, politicians and acting as a producer for fashion and artistic photography shoots. When she isn't writing for various orgs and publications, she's hanging with her kids, husband and French Bulldog, Peter, in Toronto, Canada.
Controversy
Current Events

This Engagement Ring Trend Will Be Super Popular In 2023

The 50+ Best Chocolate Recipes Of All Time