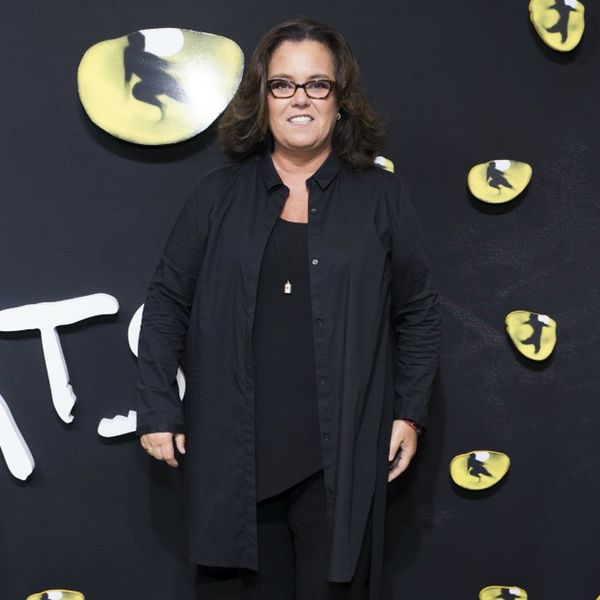 Saturday Night Live has been on a roll lately. This past weekend’s Sean Spicer presser starring Melissa McCarthy was 100 percent perfect, and Alec Baldwin’s President Trump is always on point. Up until now, every time Trump adviser Steve Bannon has been shown on SNL, he’s portrayed as the classic figure of Death — a creepy skeleton (because people were freaked out about his appointment even back in November). Now, however, regular Trump target Rosie O’Donnell is saying that she’ll happily fill in for Death by playing Bannon on SNL, and we are here for it.

Rosie took to her Twitter account to say that she’d happily play Bannon on the show, and all she needs is a few days’ notice to prepare. Since tweeting about it early Tuesday, many people have jumped on board and they are living for this news.

Fans are dying for this, and we’re loving seeing the reaction to the idea.

We’re especially loving that last option: Including Betty White as Mike Pence would be just perfect. Hopefully, Lorne Michaels is watching this news and we’ll be getting Rosie on late night soon.

Kat Armstrong
Kat has been a writer, social media maven and mom for longer than she's willing to admit. She's also spent time in front of and behind the camera, interviewing celebs, politicians and acting as a producer for fashion and artistic photography shoots. When she isn't writing for various orgs and publications, she's hanging with her kids, husband and French Bulldog, Peter, in Toronto, Canada.
twitter
Pop Culture
twitter
More From Pop Culture