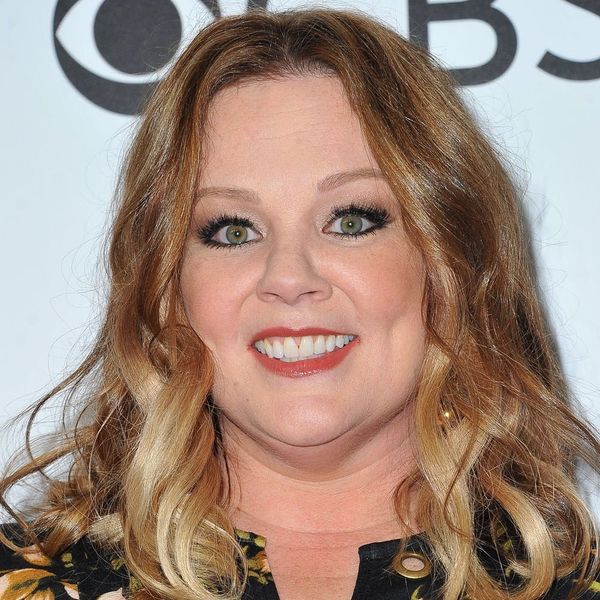 Last night, Alec Baldwin returned to SNL for his much-lauded role as President Trump, but all eyes were on a *new* political impressionist instead: Melissa McCarthy (whose cameo we’re STILL dying over on Gilmore Girls).

With a slick-backed toupee and an angry disposition, Melissa played the role of Press Secretary Sean Spicer to a tee in one of the best transformations we’ve seen to date.

As you may recall, Sean Spicer has had a rather rough go of it with the press (and social media) since stepping into his role, particularly after a conference he held to dispute the way the media was reporting on the crowd size at President Trump’s inauguration (which ultimately ended with KellyAnne Conway getting shaded by Merriam Webster for her use of the term “alternative facts”).

While Melissa left that particular incident well enough alone, she did touch on some seen in recent days: Like when Sean insisted that President Trump’s immigration ban was not, in fact, a ban, (despite President Trump’s and his own use of the term).

While we’re sure President Trump, who has a longstanding loathing of the show, particularly after the now indefinitely suspended writer Katie Rich tweeted out a rather poor joke about his son Barron, will be none too pleased, we can’t help but laugh cry at the skit: Melissa’s hilarious.

.@NBCNews is bad but Saturday Night Live is the worst of NBC. Not funny, cast is terrible, always a complete hit job. Really bad television!

See for yourself in the clip below!

What do you think of Melissa’s impression? Tell us over @BritandCo.

Nicole Briese
Nicole is the weekend editor for Brit + Co who loves bringing you all the latest buzz. When she's not busy typing away into the wee hours, you can usually find her canoodling with her fur babies, rooting around in a bookstore, or rocking out at a concert of some sort (Guns N' Roses forever!). Check out all her latest musings and past work at nicolebjean.com.
Entertainment