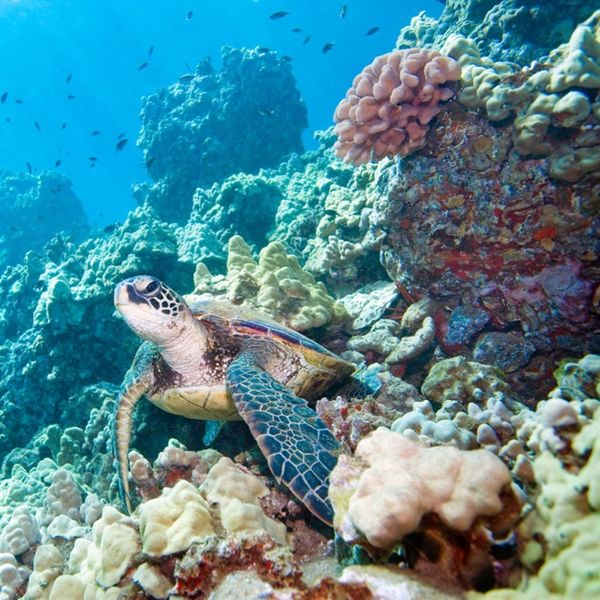 A report published Monday from a panel of United Nations scientists confirms that climate change is a dire issue of global importance that requires immediate policy action from Western governments, including the United States. Scientists and environmental and human rights groups have sounded the alarm on existing and looming climate crises for decades, now, but the new report is still a bit shocking. The new report warns that the worsening impacts of climate change could cause global disaster as early as 2040, just over 20 years from now.

There’s some good news, though: Total global doom is not inevitable. But avoiding it “will require ‘rapid and far-reaching’ transitions in land, energy, industry, buildings, transport, and cities.

The most specific recommendation by the report was for governments including the US to take immediate and dramatic actions to almost entirely eliminate coal use. Otherwise, people around the world and especially in the Global South will suffer more worsened droughts, flooding, and famine by as soon as the predicted 2040 date. We will also see mass die-off of coral reefs, a vital component of the oceanic ecosystem.

The report was compiled by 91 scientists who serve on the Intergovernmental Panel on Climate Change (IPCC), which specifically focuses on “global warming” since the pre-industrial era. Right now the earth is one degree Celsius warmer compared to the pre-industrial period, and will soon jump to one-and-a-half, then quickly to two in a matter of a few decades.

“Every extra bit of warming matters,” said Hans-Otto Pörtner, an IPCC working group co-chair in a press release about the report. “Especially since warming of 1.5ºC or higher increases the risk associated with long-lasting or irreversible changes, such as the loss of some ecosystems.”

Global net human-caused emissions of carbon dioxide (CO2) would need to fall by about 45 percent from 2010 levels by 2030, reaching ‘net zero’ around 2050,” according to the press release.

Of course, not every world leader with the power to make a life-saving difference is committed to mitigating the harms of climate change. President Trump has denied the existence of climate change and withdrew the US from the Paris Climate Agreement in 2017, just two years after president Obama signed on. Trump and the GOP also receive millions in campaign donation dollars from the fossil fuel industry, primarily from Koch Industries.

Meanwhile, the US is the second0-highest contributor to fossil fuel emissions in the world, second only to China and leading India, according to 2009 data from the Carbon Dioxide Information Analysis Center. While industries in the countries including the US add emissions, countries in the Global South, who emit the least, suffer the most from disasters such as rising sea levels.

“These are the communities most vulnerable to climate change,” Thanu Yakupitiyage, the US communications manager for the environmental advocacy organization 350.org tells us. “And they are also the least responsible.”

Since Trump isn’t willing to stand up to the fossil fuel industry, Yakupitiyage says, their organization will continue to focus its renewable energy agenda on the state and city level.

“We need systemic change,” she tells us, adding that states and cities have the opportunity to “pave the way” for a more ecologically sustainable economy by investing 100 percent in renewable energy as opposed to fossil fuels.

The IPCC’s new report is no doubt scary and daunting, but our communities do not need fossil fuel in order to function. In the meantime, millions of people around the world are suffering the already existing harms of climate change in the form of more famines, drought, wildfires, and flooding caused by higher sea-water levels. Yakupitiyage encourages concerned people to reach out to their elected officials ahead of midterms and talk to them about the importance of “standing up to the fossil fuel industry and to push their localities to commit to 100 percent renewable energies.”

According to Yakupitiyage, if the US and other Western governments do what is necessary, millions of lives will be saved. They have only a handful of years left to determine whether or not they will step up.

Elizabeth King
Elizabeth King is a politics, history, and culture writer based in the Twin Cities. She is generally pretty cranky but still enjoys traveling, music from the early 2000's, and plotting the resistance. Feel free to say hi on Twitter at @ekingc or check out some of her work at www.elizabethcking.com.
Environment
Current Events
Environment Politics