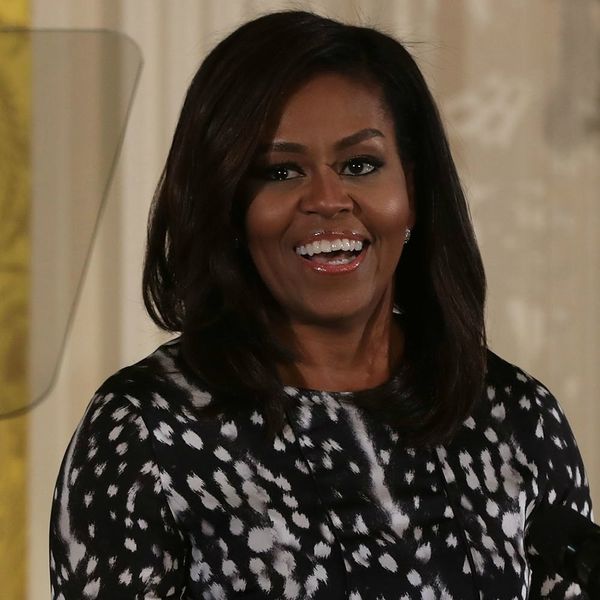 While People magazine is getting totally skewered over its choice to feature President Elect Donald Trump on its most recent cover, Vogue is playing it safe with a cover star it knows will be a slam dunk ― maybe because she’s received the honor twice before.

On the eve of her departure from the @WhiteHouse, First Lady @MichelleObama, our December cover star, has never been a more inspiring figure. Click the link in our bio to read the full cover story and get your copy now on @amazon. Photographed by #AnnieLeibovitz, styled by @tonnegood.

Showing off the beautiful, Annie Leibovitz-shot picture via Instagram, they write, “On the eve of her departure from the @WhiteHouse, First Lady @MichelleObama, our December cover star, has never been a more inspiring figure…photographed by #AnnieLeibovitz, styled by @tonnegood.”

Hailing her as “America’s champion,” Vogue also gets deep with Michelle in the corresponding interview, discussing how she feels about everything from fashion (she doesn’t consider herself a fashion renegade, BTW — girl is all about the comfort) to her role as First Lady to leaving the White House. “It’s time,” she tells the outlet. “I think our democracy has it exactly right: two terms, eight years. That’s enough.”

As for what life will be like post-White House, she tells the mag she’s not entirely sure. “I will take the same approach leaving as I did coming in,” she says. “I won’t know until I’m there. I’ve never been the former First Lady of the United States of America before. But I will always be engaged in some way in public service and public life.”

Perhaps as the next President Elect? Only time will tell.

Are you excited to see Michelle on Vogue’s new cover one last time before she leaves? Share @BritandCo.