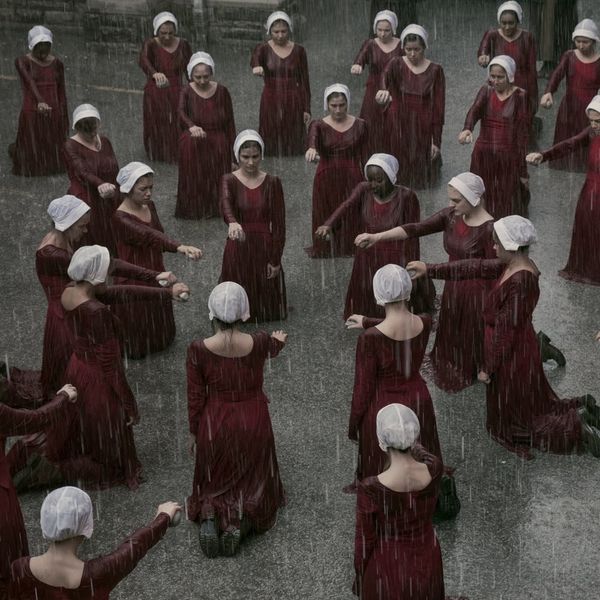 Welcome to Brit + Cos Weekly Entertainment Planner! Each Monday, we highlight one thing we’re excited about in six categories — movies, TV, music, streaming services, podcasts, and a bonus pick from all of the above — to help you navigate your week in watching and listening. Check out our picks for the week of April 23 to 29 below. Your eyes and your ears will thank us!

Avengers: Infinity War (April 27): After almost a decade in the making, Marvel’s massive universe crossover film is FINALLY here. The Avengers and Guardians of the Galaxy casts join forces to stop Thanos (Josh Brolin) from hoarding Infinity Stones and his plot for world domination. It’s likely to be as epic as its trailer — which means it’s going to be very, very fun. (Photo via Marvel Studios)

Meghan Markle’s final Suits episode (April 25): With mere weeks remaining until Meghan Markle’s May 19 wedding to Prince Harry, we finally get to see her wrap up her story line — and her acting career — on the Suits season 7 finale. Markle will be getting married on-screen, too, to her costar Patrick J. Adams. The Suits season finale will air in two parts, starting on Wednesday at 9pm on USA. (Photo via Ian Watson/USA Network/NBCU Photo Bank via Getty Images)

The Handmaid’s Tale season 2 (April 25): Season 2 of the hit Hulu show will chart new territory as it attempts to expand on the original Margaret Atwood novel. If the teasers and trailers we’ve seen to date are any indication, it’s set to be an intense and terrifying journey, as protests, mass killings, and more bleakness unfold in Gilead. Season 2 will premiere on Hulu on Wednesday, April 25. The first two episodes of the season will be available to start, with new episodes premiering each Wednesday after that. (Photo via George Kraychyk/Hulu)

Ariana Grande’s return (April 20): After a four-month social media hiatus, Ariana Grande returned to surprise-drop a new single last week — and we still can’t get the song out of our heads. “No Tears Left to Cry” dropped on Friday, April 20, and it’s one of the singer’s best songs to date. Bonus: The video features a touching tribute to victims and survivors from the bombing that occurred at her May 2017 Manchester concert. Check it out right here, and get ready, ’cause more new tunes are likely imminent. (Photo via Jamie McCarthy/Getty Images)

Janelle Monáe’s Dirty Computer (April 27): Chances are, you’ve had Monáe’s single “Make Me Feel” in your head since it was released back in February, and the full-length album will no doubt be one of the soundtracks to your summer. Monáe recently told the New York Times that Dirty Computer sees her dropping the “android” persona to better reflect her as a person, and by the sounds of it, the accompanying 50-minute film/visual album, co-starring Tessa Thompson, will do much of the same. (Photo via Christopher Polk/Getty Images for NARAS)