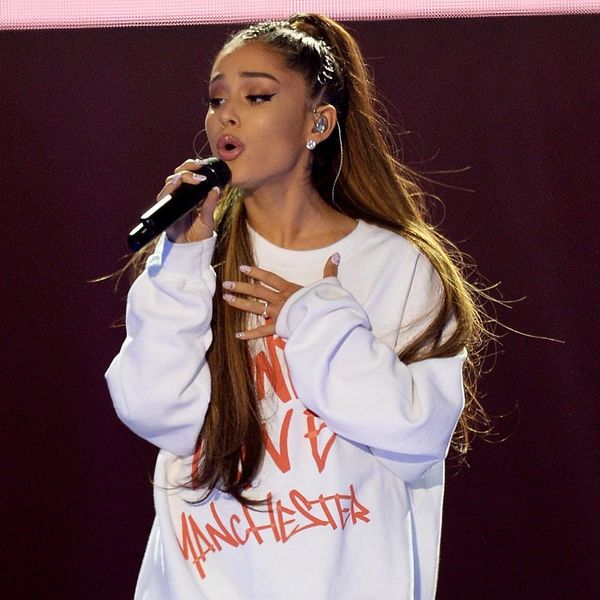 Ariana Grande surprised fans with a return to social media this week after a lengthy hiatus, and just as the singer’s cryptic messages hinted, her new single “No Tears Left to Cry” dropped on Friday, April 20. The music video for the song — which was more than worth the wait — includes a subtle tribute to the Manchester bombing victims who lost their lives at her May 2017 concert.

The gorgeous, sci-fi-esque video was directed by Dave Meyers, whose impressive resume includes recent work with Camila Cabello and Kendrick Lamar. At the very end, a bee flies into the right-hand side of the frame, no doubt a nod to the Manchester victims. Following the devastating bombing, Grande and many of her crew, as well as fans, got tattoos of a bee, the symbol of the UK city, to honor the victims.

The new single is a triumphant return for the 24-year-old, with her unmistakable and powerful voice front and center and lyrics that pack an emotional punch. It’s her first new music since the tragic Manchester event, which claimed the lives of 22 fans. Following the bombing, the singer supported the survivors by visiting them in the hospital, pulling together a massive benefit concert, and donating all proceeds from her heart-wrenching cover of “Somewhere Over the Rainbow” to the victims.

So far, no plans have been announced for a new album, but it seems like those details can’t be far behind.

What do you think of Ariana Grande’s new single? Let us know @BritandCo!

(photo via Getty Images/Dave Hogan for One Love Manchester)