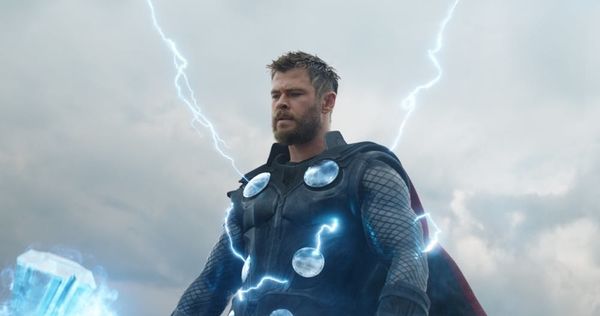 Welcome to Brit + Co’s Weekly Entertainment Planner! Each Monday, we highlight one thing we’re excited about in six categories — movies, TV, music, streaming services, podcasts, and a bonus pick from all of the above — to help you navigate your week in watching and listening. Check out our picks for the week of April 22 to 28 below. Your eyes and your ears will thank us!

Avengers: Endgame (April 26): It’s finally here: the end of Marvel’s Avengers franchise — at least, for now. Aside from the arrival of Brie Larson’s Captain Marvel, the follow-up to Infinity War has largely been shrouded in secrecy. The film’s creators even issued a letter asking fans to avoid leaking spoilers. It’s the movie event of 2019, and you can finally take it in on Friday, April 26. (Photo via Film Frame/Marvel Studios)

The Red Line (April 28): CBS’ latest is a socially conscious drama that isn’t like much else on TV right now. Executive produced by Ava DuVernay (A Wrinkle In Time, Selma) and Greg Berlanti (Riverdale), the eight-part series follows the aftermath of a Black doctor being mistakenly shot and killed by a white police officer. Noah Wyle stars in this must-watch series, which premieres with two episodes on Sunday, April 28, at 8pm ET on CBS. (Photo via Screen Grab/CBS)

She-Ra and the Princesses of Power, Season 2 (April 26): Get a dose of feel-good girl power in the second season of the rebooted classic cartoon, which sees our heroine continue to lead a group of powerful princesses in a fight against the evil Hordak. This show is even better than you might expect, and you can watch season 2 on Netflix starting Friday, April 26. (Photo via Netflix)

Blackout: Oscar winner Rami Malek stars in and executive produces this new eight-part fictional podcast. The thriller follows a small-town New Hampshire radio DJ who must protect his family and his community after a country-wide power grid failure causes chaos and destruction. Listen online, or subscribe wherever you get your podcasts.

Beyoncé, Homecoming: The Live Album (April 17): Surprise! Along with her previously announced Netflix concert documentary, Beyoncé also dropped an accompanying surprise live album this week, which happens to include a brand new bonus song. “Before I Let Go,” a cover of the 1981 original, is a spirited love song that — not unlike the rest of this surprise album — we didn’t know we needed till now. Check it out wherever you stream or buy your music. (Photo via Parkwood Entertainment)

Game of Thrones podcasts: There’s no denying that the eighth and final season of Game of Thrones is going to dominate pop culture for the next several weeks. Luckily, if you’re a diehard who’s looking to add some recaps and analysis as the clock ticks down, there are some excellent podcasts you can add to your queue. Check out Cast of Thrones, as well as The Ringer‘s weekly live call-in show #AskTheMaester to make your remaining time in Westeros all the more informed.