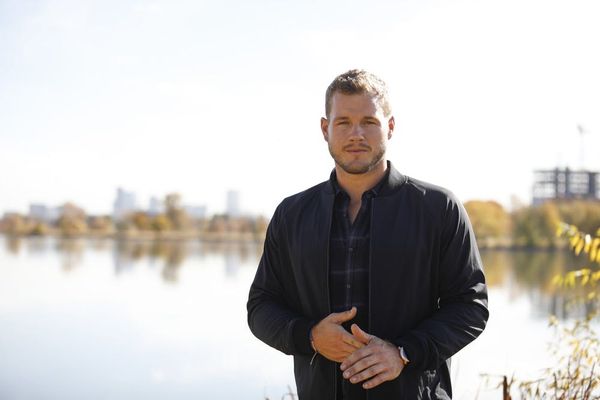 Welcome to Brit + Co’s Weekly Entertainment Planner! Each Monday, we highlight one thing we’re excited about in six categories — movies, TV, music, streaming services, podcasts, and a bonus pick from all of the above — to help you navigate your week in watching and listening. Check out our picks for the week of March 11 to 17 below. Your eyes and your ears will thank us!

Five Feet Apart (March 15): Hello, get ready to cry uncontrollably. Riverdale star Cole Sprouse and Haley Lu Richardson star in this tear-jerking drama about two teenagers who fall in love as they’re simultaneously battling cystic fibrosis. Though their doctors instruct them to stay six feet apart or risk dangerous cross-infection, the pair realize that their time is fleeting — and sometimes, rules are made to be broken. Watch it in theaters starting Friday, March 15. (Photo via Alfonso Bresciani/CBS Films)

The Bachelor Finale (March 11-12): Colton Underwood’s future looks a little uncertain after last week’s dramatic fence jump. This week, we’ll see how his Bachelor journey ended, with a two-night finale airing Monday, March 11, and Tuesday, March 12. Is he engaged? Is he heartbroken? Did he even finish the show? We can’t wait to find out. (Photo via ABC/Josh Vertucci)

Queer Eye Season 3 (March 15): The Fab Five are back for a third season that — no shocker here — looks like another total tearjerker. This time, Bobby Berk, Karamo Brown, Tan France, Antoni Porowski, and Jonathan Van Ness travel to Kansas City to serve up “make betters” to the show’s first duo (sisters Mary and Deborah Jones), as well as the first lesbian to be featured on the Netflix show. Season 3 premieres on Friday, March 15. (Photo via Christopher Smith/Netflix)

Julie: The Unwinding of the Miracle: Yet another emotionally devastating and inspiring pick for the week, The Unwinding of the Miracle is the podcast adaptation of Julie Yip-Williams’ memoir about being diagnosed with terminal cancer at 37 and living out her last days with her young family. Yip-Williams tells the remarkable and defiant story of her life while ensuring that, someday, her daughters will have something to look back on — something not entirely defined by the illness that killed her. Listen online, or subscribe wherever you get your podcasts.

2019 iHeartRadio Music Awards (March 14): Cardi B continues her hot streak of a year by leading the 2019 iHeartRadio Music Awards with a whopping 14 nominations. The show, hosted by recent Masked Singer winner T-Pain, will also feature performances by Alicia Keys, Ariana Grande, Halsey, John Legend, Kacey Musgraves, and more, with Taylor Swift set to make a special appearance. You can watch it all live on Thursday, March 14, at 9pm ET on Fox. (Photo via Fox)

Shrill (March 15):Saturday Night Live‘s Aidy Bryant stars in one of the most anticipated new comedies of the year, arriving on Hulu this week. Shrill, based on the book Shrill: Notes from a Loud Woman by Lindy West, follows Annie (Bryant), an aspiring journalist who is fed up with society’s cruel and often limiting beauty standards. The six-episode first season arrives on Hulu on Friday, March 15. (Photo via Allyson Riggs/Hulu)