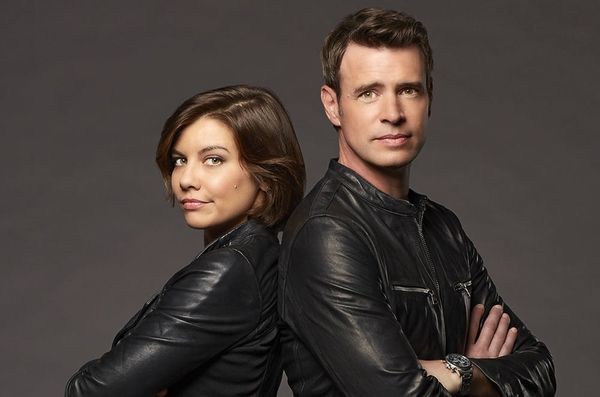 Welcome to Brit + Co’s Weekly Entertainment Planner! Each Monday, we highlight one thing we’re excited about in six categories — movies, TV, music, streaming services, podcasts, and a bonus pick from all of the above — to help you navigate your week in watching and listening. Check out our picks for the week of February 25 to March 3 below. Your eyes and your ears will thank us!

Greta (March 1): Chloe Grace Moretz stars as a naive NYC newbie who recently lost her mother and befriends a woman named Greta, only to find out that the eccentric music teacher’s maternal comfort isn’t all that it first appeared to be. Prepare to be creeped out by this dramatic horror flick when you check it out in theaters on Friday, March 1. (Photo via Shane Mahood/Focus Features)

Whiskey Cavalier (February 24): Scott Foley and The Walking Dead‘s Lauren Cohan star as an FBI agent and a CIA operative, respectively, who are paired up to lead a new interagency team. The pilot aired as a “sneak peek” after the Oscars on Sunday, but the official premiere is Wednesday, February 27, at 10pm ET on ABC. (Photo via ABC/Craig Sjodin)

The Widow (March 1): Kate Beckinsale makes her return to the small screen as a woman who heads to the Congo to uncover the truth about what happened to her husband after he disappears following a plane crash. She gets more than she bargained for, though, and quickly finds herself deep in a dangerous world of illegal activity. Check out The Widow when it arrives on Amazon Prime Video on Friday, March 1. (Photo via Two Brothers Pictures/Coco Van Oppens)

Natch Beaut: If one of your ongoing New Year’s resolutions is to be more mindful about your skincare and cosmetic choices, you have to add comedian Jackie Johnson’s Natch Beaut podcast to your queue. Johnson and her guests discuss the best natural products to add to your roster while also delving deeper into what self-care means to different people. Listen online, or subscribe wherever you get your podcasts.

Pink, “Walk Me Home” (February 20): From her upcoming album Hurts 2B Human, Pink’s brand-new single is a power ballad that’s musically fierce and lyrically vulnerable. It feels like the perfect follow-up to 2017’s “What About Us,” and is set to be accompanied by a sure-to-be epic video from Greatest Showman director Michael Gracey. Listen to “Walk Me Home” online here or wherever you get your music. (Photo via Dianne Manson/Getty Images)

The Voice, Season 16 (February 25): John Legend will join returning coaches Blake Shelton, Adam Levine, and Kelly Clarkson for the new season, and TBH, we’re selfishly excited for the prospect of Chrissy Teigen live-tweeting and trolling her husband every week. Season 16 premieres on NBC on Monday, February 25. (Photo via Trae Patton/NBC)