21 Accounts You Should Be Following on Snapchat 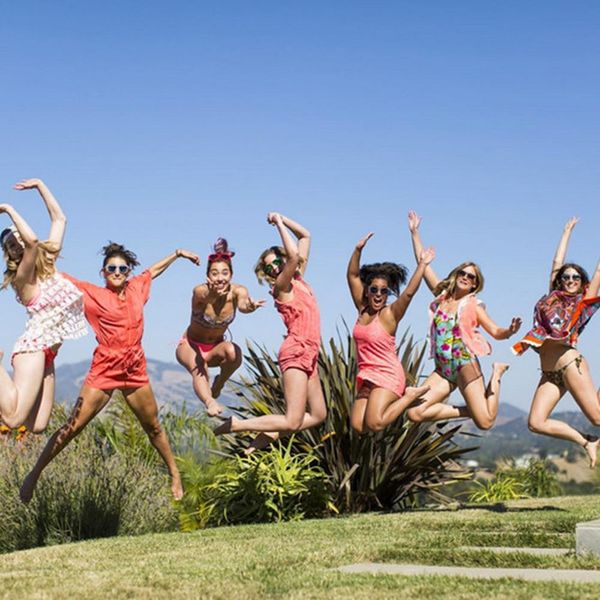 You’re active on Instagram, Facebook and Twitter, but there’s a faster way to tell stories these days. Snapchat is the social network of the year/another rad way to get a peek into the daily lives of our fave celebs, makers and shakers or behind-the-scenes exclusives from favorite brands. Not sure who you should be following on Snapchat? We rounded up some of the accounts with the best Snap Stories on the app. Time to get following!

1. Kate McCulley: Well-known travel blogger Kate takes you along on all her journeys using Snapchat, so following her is sure to quench your wanderlusting. (via Snapchat AdventurousKate)

2. Eva Chen: The former Lucky Magazine editor in chief posts Snaps of her family, her day-to-day in New York City + funny, quirky things she sees along the way. Everything is super cute, trust us. (via Snapchat TheEvaChen212)

3. Liz Stanley: Liz is the founder and owner of award-winning Lifestyle blog Say Yes. You should also definitely say yes to hitting her up on Snapchat for videos + pics of her life and family in San Francisco. (via Snapchat lizsayyes)

5. Zendaya: Let’s be real — Zendaya is a total star. Follow her Snapchat for hilarious selfies and video clips from her daily life as a #girlboss on the rise. (via Snapchat zendaya_96)

6. Nylon Magazine: See Snaps of celeb office visitors, behind the scenes of photoshoots and occasionally a cute pug or two. (via Snapchat nylon)

7. Los Angeles County Museum of Art: What happens when you combine Snaps of fine art and pair them with current memes, rap lyrics and emojis? The greatness that is the LACMA Snapchat account. (via snapchat LACMA_Museum)

8. Refinery29: Fashion lovers, you’re gonna want to follow this account ASAP. See live video from runway shows, Snaps of and from your fave bloggers and a ton more. (via Snapchat refinery29)

9. Ryan Seacrest: Much like his pal T. Swift, Ryan Seacrest seems to know or have met just about every famous person on earth. See them all by following him on Snapchat. (via Snapchat ryanseacrest)

10. Brit + Co: When you follow us on Snapchat, you’ll get glimpses into our photo studio, looks at upcoming DIYs, daily life snaps from our awesome team and behind-the-scenes snippets of events. Yay! (via Snapchat britandco)

11. BuzzFeed: BuzzFeed’s Snapchat account is regularly taken over by different employees who take you through their day for a cool look at what the people behind the publication are like. (via Snapchat buzzfeed)

13. Sephora: Makeup on makeup on makeup! Beauty addicts will love all the sneak peeks of new goodies and products at Sephora HQ. (via Snapchat sephorasnaps)

14. Gigi Hadid: Fashion’s latest It-girl is super active on her Snapchat account. Get BTS looks at her shoots, daily life + much more. (via Snapchat doublegiforce)

15. Naomi Davis: Follow this mommy blogger for cute + hilarious snaps of the little ones and her family life in NYC. (via Snapchat lovetaza)

17. Nasty Gal: Get peeks of new products and photoshoots, and even chat with Nasty Gal team members. How cool is that?! (via Snapchat nastygal)

18. Rihanna: Rihanna isn’t shy and doesn’t lack a sense of humor, and both of those things shine through on Snapchat. Thank you for being you, Rihanna. (via Snapchat rihanna)

19. MTV: The MTV Snapchat is full of celebrity Snaps as well as behind-the-scenes looks at shows featuring the channel’s stars. (Photo via Snapchat MTV)

20. Taco Bell: Besides colorful Snaps of yummy-looking food, the Taco Bell account also posts super funny videos and images (all celebrating the greatness of tacos, of course). (via Snapchat tacobell)

21. Mashable: Awesome doodles, topical puns + live footage from events like SXSW and Comic-Con, this account has something for everyone. (via Snapchat mashable)

What a great list, if we do say so ourselves ;) Don’t wait to follow all these amazing accounts!

Which of our Snapchat picks is your fave? Let us know in the comments.

Lauren Valentine
Lauren is a writer, artist, and film enthusiast born and raised in south Florida and currently living in San Francisco. When she's not writing she can be found doodling, accidentally spilling hot beverages, Instagramming, playing with any dog that will let her, or exploring SF.
Snapchat
Tech
Snapchat social media
More From Tech

15 Products to Help You (Finally) Declutter Your Home