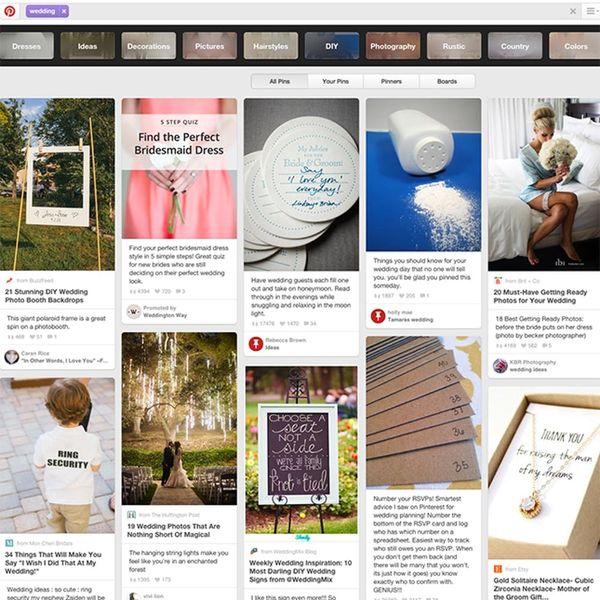 I didn’t grow up dreaming about marriage, but I did grow up dreaming about love. I read all the Lurlene McDaniel books I could find, I recited paragraphs from Romeo and Juliet and Wuthering Heights; to this day, I’m pretty sure I’m the only one who watches Grey’s Anatomy still hoping that somehow Shonda can raise (spoiler alert!) Derek from the dead.

After my fiancé Billy proposed (I’m biased, but that’s a sweet story — read it here to refresh your memory!) and the glow of being a newly engaged individual somewhat subsided (even if I still think I have a glow), I began thinking about our wedding. Over the next ten months, I wrestled a lot with what I wanted our wedding to look like. Destination? Size? Color scheme? These are questions I had never asked myself or even dreamt up before, and as I started doing the research — both online and IRL with friends and fellow brides/grooms-to-be — I went down a white satin-paved rabbithole that my fellow future I Do-ers can likely relate to. The longer your engagement is, the longer you have to plan it. And un-plan it. And listen to evvvveryone’s opinions on it. As I’m working to stay sane during my own long engagement I thought I could provide some advice for fellow brides-to-be… starting with a tip you might not like so much.

Like most women and humans, I love Pinterest. I had a wedding-themed board long before I was thinking about what I wanted for my big day simply because I thought the pictures were romantic. Right after I got engaged, I started looking at Pinterest in earnest, examining each picture as if it could be be my own. That was my first fatal flaw.

The problem with Pinterest is that a backyard wedding looks as exotic as a beach wedding. Hipster chic as elegant as black tie. 300 people as intimate as 50. And they can be, but all of that will be limited by many things, most significantly, your budget. Yes, Pinning is free, even if your board is filled with the makings of a celebrity’s high-end nuptials.

Before long, I had exhausted myself with options and was overwhelmed that I didn’t have the money to pay for a certain photographer or have certain ribbon on my favor table. I was so in the weeds that the forest was nowhere to be seen. My advice is that before you start Pinning, think seriously about budget, size, location and feel and try to organically come to a conclusion about those crucial big picture elements that will help create the borders for creative play.

Don’t get pressured — you always have time

I started venue hunting in late August 2014. By the time I started calling around, I quickly realized I would be lucky to even secure a spot for Fall 2015. One venue in Austin had only two weekends left in 2015 and it was Halloween or Thanksgiving (neither my personal style). Another venue told me three other brides were looking at the same weekend and if I wanted to get hitched there, I would need to pay a deposit that day. I felt like I was at a New York sample sale where designer bags were 75% off and you had 30 seconds to decide on something before it was forever taken away from you by another stressed-out shopper.

It took some time before I realized it, but — newsflash, fellow brides and grooms — it doesn’t have to feel that way. So what if three other brides are looking at the same weekend you are? They are probably feeling just as unsure and pressured! That venue with availability only on major holidays? Think about the logistics of what that can mean (higher hotel rates, etc) before you are harassed into saying yes. When you’re in this part of the planning process, don’t forget to take a step back. Talk to your fiancé and your family and know that you should never feel pressured to make a quick decision you’ll regret later.

Focus on you by not comparing

I know that’s so much easier said than done, but it’s true. I think we sometimes get unhappy because we’re comparing ourselves to others all the time. She earns a bigger salary than I do. He has more friends than me. Etc., etc., etc. When it comes to weddings, this mental comparison can happen all the time, either from real weddings you’ve gone to or even those you’ve read about. Or, again, Pinned.

During the early months, while I seriously struggled with deciding on a wedding date and my engagement grew longer and longer, I started getting anxious about having “too” long of an engagement. As if there was a time limit. But somehow over the years, I developed what I thought was an appropriate length of time to be engaged — approximately one year. That may seem crazy, but it’s partly because 90% of my friend’s engagements were that long.

As I expressed my crazed state of thinking to Billy, he simply told me to take a step back and think about all the other changes we were going through. I wasn’t just trying to plan a wedding; I was also dealing with a new job that relocated me across the country. I was dealing with juggling a long distance fiancé as he moved to Austin while I stayed in New York. I was dealing with a lot of life changes and it’s (totally) okay that a wedding took the back seat for a while.

Now, ten months later and wedding date set, I’m finally getting to relax a bit and feel really good about what our wedding will be. There are still seemingly one million big and small decisions to make — but I’ve learned a better process for making them. I hope these tips will help you too, no matter where you are in the wedding planning process.

Stay tuned as I continue on my countdown ’til I say “I do”!

What advice would you share with brides and grooms-to-be facing a long engagement? Share with me below!

Rodan Luo
Rodan is a lawyer by training and marketer by experience. She grew up in Texas, spent a few years living the dream in NYC and now returns to Austin with her beloved fiancé. She loves to tell stories and occasionally puts them down in writing. Follow along as she shares her wedding countdown on Brit + Co!
Pinterest
Party
Pinterest
More From Party