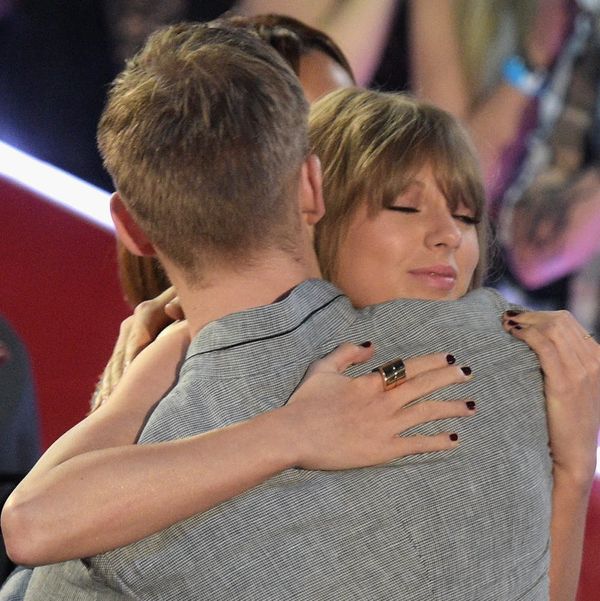 As the whole world has already noticed, Taylor Swift isn’t at the VMAs this year. Incidentally, her ex-boyfriend and nominee Calvin Harris was absent as well — though in Cal’s case, it was because he was previously booked to perform a concert in the UK at the same time. Nominated for the “Best Male Video” award for “This Is What You Came For,” Calvin Harris took audiences by surprise by winning the award over Drake and Kanye West. And his acceptance speech was a seriously vicious burn against his former flame, Taylor Swift.

In a previously recorded acceptance speech aired after the announcement of his victory, Harris exclaimed:

Wow! Wow! First of all, I’m so sorry I can’t be there, I have a show tonight in the UK or else I would definitely be there. MTV, this is crazy. I need to thank Rihanna from the bottom of my heart. You’re a superstar, every time we work together you bring something magical to the project so thank you. Emil Nava the director you’re a legend, you’re my favorite man on earth, thank you for everything you’ve done for me. And everybody who supported this song, who watched the video, I love you so much. Thank you. This is amazing. I love you. Thank you, MTV.

Conspicuously absent from the acceptance speech was his songwriting partner for the track in question, the one and only… Taylor Swift. Naturally, this unfortunate omission did not go unnoticed by the Internet:

Calvin Harris NOT thanking Taylor Swift in his acceptance speech is objectively the most petty/amazing thing I have seen.

Taylor Swift left Calvin Harris for a cheeseburger off the dollar menu at McDonalds #VMAs pic.twitter.com/vE4tvqyzEC

We’re sure it was an honest mistake.

Do you REALLY believe it was an honest mistake, though? Like, REALLY? Tell us your true thoughts @BritandCo.