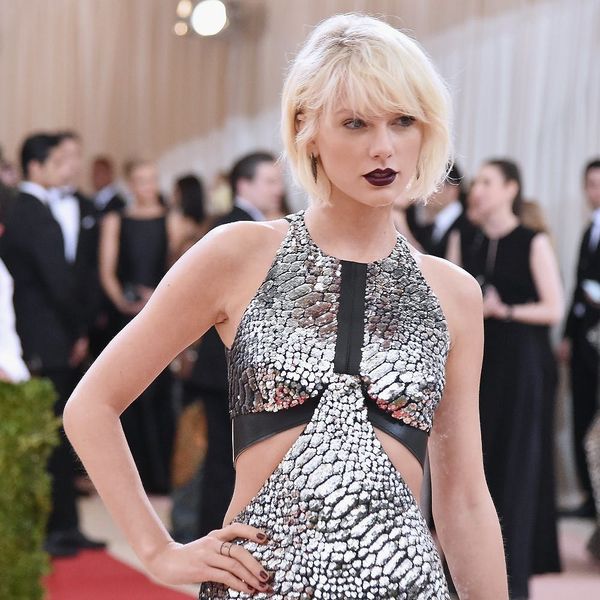 Taylor Swift is having one wild day! As her drama with Kim K and Kanye continues to play out with a whole lotta he-said/she-said/she-said, video leaks and possible legal action, there is also buzz brewing with her ex, Calvin Harris. While the Scottish DJ is enjoying time with a possible new girlfriend, Taylor has made a major move biz-wise. After recently revealing that she was partly responsible for Harris’ hit with Rihanna, “This Is What You Came For,” Taylor is now officially claiming credit for her role. Whether to ensure her creative credit or as a possible precursor to some legal move, this looks like it might be getting as fiery as the Kim and Kanye sitch.

With the song previously giving a nod to Nils Sjoberg for contributing lyrical content, Taylor claimed that she had used the pseudonym because she wanted to remain anonymous to keep the focus on Calvin’s work and not on their relationship. Apparently now that their love is over and done with, Taylor wants the world to acknowledge her involvement.

TMZ reports that Taylor has had Nils Sjoberg changed to her own name on BMI, which protects licenses for songwriters. Now listed as a co-writer for the song along with Calvin, we’ll just have to wait and see if her motivation is merely to receive recognition for her work or if she’s planning to go after a piece of the revenue pie. Either way, it seems like things are becoming less than friendly between these exes.

What do you think about Taylor changing the credit for the song? Tweet us @BritandCo!