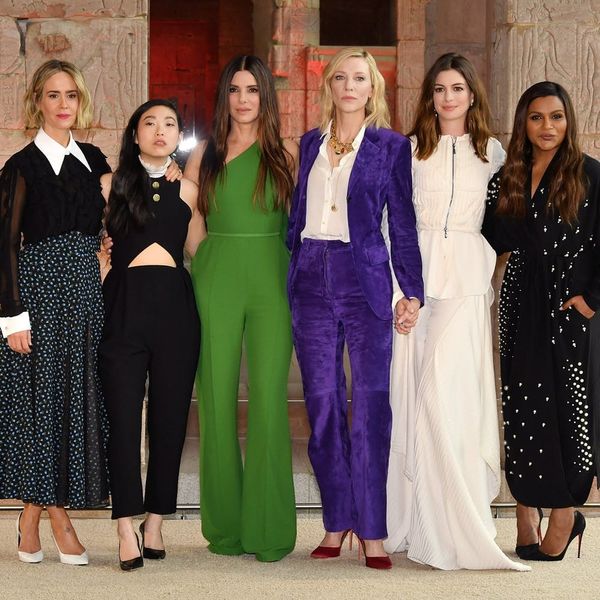 Besides the epic-looking movie itself, one of the most exciting things about Ocean’s 8 was learning that the all-star cast kept in touch through a group text. It turns out the chat is a thing of the past, however — because Sandra Bullock made them get rid of it.

“Sandy made us delete them all!” Awkwafina, who plays Constance in the film, told ET about the shared messages. “They no longer exist.”

Sarah Paulson has dished on the dream team’s text thread in the past, calling it “a very cool chain to be part of.” So, why did they get rid of it? The answer, it turns out, is pretty reasonable. “Now we’re worried about being hacked!” Bullock told ET of the enviable — and now very widely known about — thread. “Last night, we read through all our texts to each other. ‘Remember that moment and delete!'”

We can’t help but wonder about the potentially incriminating chats that the stars — including Bullock, Paulson, Cate Blanchett, Mindy Kaling, Rihanna, Anne Hathaway, Awkwafina, and more — shared with each other. Paulson previously told ET, “The things that are going on in this text chain, you would lose your mind,” which has our imaginations in overdrive.

Of course, it’s possible that the women, who play a group of highly skilled robbers, are pulling a fast one on us by pretending the chat has been deleted. “We may or may not have another one somewhere,” Paulson said to ET, before adding, “[Somewhere] in the universe at some point.”

What would you give for a glimpse of the Ocean’s 8 cast’s group text? Let us know @BritandCo!