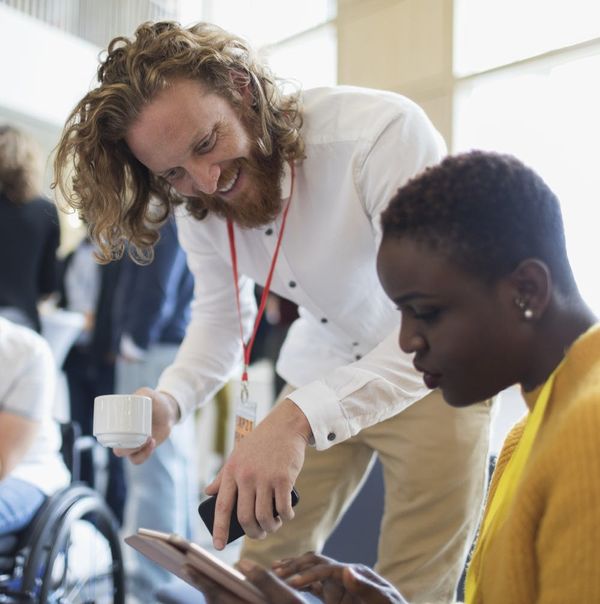 Tuesday, April 2, marks “Equal Pay Day” for 2019, an unofficial notice of how long it would take the average working white woman to catch up to her white male peers’ earnings from the previous year. Over the years, Equal Pay Day has been criticized for its focus on white men and women when non-white men and women tend to be paid less than their white counterparts. As a result, there’s been a growing collective effort to produce more in-depth reports and analysis on gender and race pay gaps to reveal the layers of inequality at play. The numbers are grim, but the push for awareness is a positive sign — and critical for making necessary changes.

A new report from Hired.com gets into some of the details of the current state of gender and race pay gaps in the tech industry, and its findings are promising. Though tech is widely criticized for comprising an overwhelmingly white and male workforce (only one-fifth of industry workers are women), the data from Hired indicates incremental changes for the better in terms of pay equality across gender and race.

For the last two years, the tech industry’s gender pay gap has remained steady at four percent (that is, men on average were making four percent more than women on average), but in 2019 the gap has dropped to three percent. These figures are overall averages; the pay gaps for people with multiple marginalized identities, including trans people of color, gay women, and so forth, are frequently wider than the group average.

“It is disheartening to see that Black and Hispanic women are still offered the least, receiving average salary offers of $122K and $126K, respectively,” the report states. Salaries for Black men have also fallen, according to the report: “They are offered a couple hundred dollars more than Hispanic women.”

Though there is a federal law, the Equal Pay Act of 1963, which forbids employers from paying women less than men for the same or equal work, it’s clear that troublesome patterns of lower payment for marginalized groups continue. In the absence of adequate policy, some businesses have created initiatives that mitigate the gender pay gaps that their predecessors created by establishing a precedent of doling out unequal salaries.

In many companies where there are policies in place that supposedly ensure men and women are compensated equally for equal work, there is also a massive disparity in who is hired for the highest-paying jobs. This has lately been an issue for major banks, who are being pressured by the investment firm Arjuna Capital to reveal their adjusted gender salary gap data. This data reveals not just whether people are being paid equally for the same work, but who are put in positions that pay the most.

The Obama administration also made some effort to create more transparency around the gender wage gap, first by signing the Lilly Ledbetter Fair Pay Act in 2009, then by introducing the Equal Pay Pledge in 2016. The Lilly Ledbetter Act allows for women who were unknowingly being paid a lower rate for equal work, compared to men, to receive what amounts to backpay. The Equal Pay Pledge was a non-enforceable initiative asking companies to perform routine reviews of their gender pay rates.

While transparency alone is not enough to get fair pay into the pockets of marginalized workers, it does help create conditions where employers can be held more accountable for unfair treatment. In recent years, as there has been increased scrutiny and pressure on employers to take non-discrimination seriously, myriad transparency initiatives have popped up, each time pushing conversation and action a bit further.

Elizabeth King
Elizabeth King is a politics, history, and culture writer based in the Twin Cities. She is generally pretty cranky but still enjoys traveling, music from the early 2000's, and plotting the resistance. Feel free to say hi on Twitter at @ekingc or check out some of her work at www.elizabethcking.com.
Inclusivity
Diversity
Inclusivity Work
More From Diversity