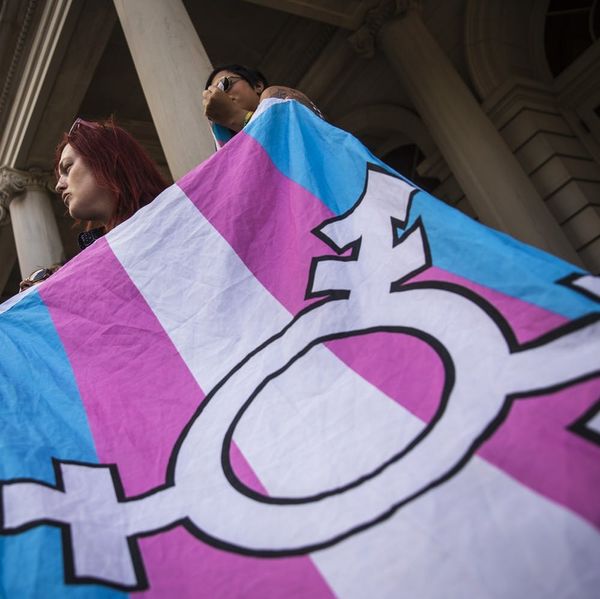 In 2018, we still have to adjust to the fact that women earn, on average, less than 80 cents for every dollar earned by men in the United States, and the margins get even wider for women of color. But what we don’t hear much about are the earnings of the LGBTQ+ community, specifically those who are transgender, transitioning, or gender non-conforming. Because there is still research that needs to be done surrounding employment and the LGBTQ+ community, we don’t have all the answers, but here’s what we do know.

One study that was published in the B.E. Journal of Economic Analysis & Policy looked at the difference in earnings before and after transgender individuals’ transitions. Study authors Kristen Schilt and Matthew Wiswall predicted that transitioning would present a whole set of difficulties for people in the workplace — specifically, those who were assigned male at birth, transitioning into a female identity, due to prior evidence about the gender wage gap. “We estimate that the average earnings of female-to-male transgender workers will increase slightly following their transitions, while average earnings of male-to-female transgender workers fall by nearly 1/3,” the authors wrote in the study abstract.

Based on their findings, the estimate was pretty close: Transgender males reported a slight increase in earnings, and transgender females reported a decrease of 32 percent in their salaries. However, the study didn’t survey gender non-conforming people, so their incomes were not reported. It also didn’t explore the wage gap of trans and genderqueer individuals as compared to cisgender workers.

More evidence points to a definite poverty gap among trans, transitioning, and gender non-binary people, which certainly seems to relate to the wage gap. According to the National Transgender Discrimination Survey, 15 percent of trans and gender non-conforming people reported living way below the poverty line, earning under $10,000 per year. The numbers climbed to 28 percent of Latinx and 34 percent of Black trans and gender-non conforming people. In total, about a quarter of the survey participants identified as gender non-conforming.

Unemployment rates are also high among these communities. The most recent US Transgender Survey, as reported by the National Center for Transgender Equality, stated that the unemployment rate among transgender individuals was at the time 15 percent, three times the national rate at the time. Many survey respondents also felt that there is a workforce bias against individuals outside the gender binary, expressed in ways including refusal of promotions, harassment, and even firing. 30 percent of respondents claimed that their identity as trans or outside the gender binary did affect their experience in the workplace.

There’s more research to be uncovered about the earnings and employment status of trans and gender non-conforming people. What we can take away is that there’s more of a conversation to be had, about gender identity-based discrimination in the workplace and otherwise in our country.

Mara Santilli
Mara Santilli is a freelance writer based in New England. Her work has appeared in several publications, including Shape and Marie Claire. When she isn't writing, she can be found munching on any piece of dark chocolate she can get her hands on, plunking out her favorite acoustic songs on the guitar, and finding the cheapest Broadway tickets possible. Follow her adventures on Instagram to see where she's headed next.
LGBTQ
Gender Issues
LGBTQ
More From Gender Issues