Why You Really Can’t Change Another Person 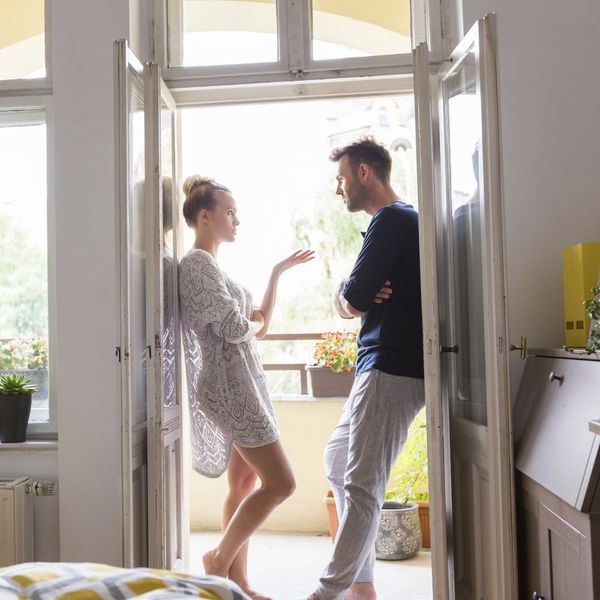 Everybody loves a good fixer-upper, and this applies just as much to dating as it does to interior decorating; the inclination to date people who need to be “saved” is a common one. Unfortunately, unlike homes, people aren’t as easy to flip. In fact, Dr. Alexis Conason, a licensed psychologist from New York City, says trying to change others is an entirely futile pursuit.

Entering into a relationship with the intention of changing your partner poses problems from the get-go. So often, Conason says, she encounters people who start dating someone with an idealized vision of that person and hope they’ll evolve into this vision during their time together. Conason does not condone this mindset, saying, “It is important to engage in a relationship based on who the person actually is, not who you wish they would be, and then move forward from there.”

So, why do we do all this? “It is hard for us to accept how little control we have over some things in life,” Conason explains. “Trying to change other people gives us a false sense of control and comfort.” And although there is nothing inherently “wrong” with or shameful about wanting your partner to change, it can be detrimental to both parties — the “changer” is left feeling emotionally drained and the “changee” may feel undervalued. “This dynamic more commonly leads to people feeling shut down, alone, or paralyzed,” Conason comments.

One thing we can change is ourselves and the way we relate to others, which ultimately leads to changed relationships. “Relationships are stable systems, and when one element changes, it disrupts the whole environment of the relationship,” Conason says. “The system/relationship works to restore homeostasis by changing in an attempt to find a new stability.” Hence, changing your own behaviors and interactions results in a changed dynamic. Conason warns about the success of this strategy, though: “No guarantee they will be the changes you want.”

Have you ever tried to change a partner? Tweet us your story @BritandCo.

Annamarie Higley
Annamarie is a Californian who's been plopped in the middle of Missouri for her undergraduate studies in magazine journalism. She's a hiker, an eater, a lover of words. In her opinion, nothing beats a well-made breakfast sammy or a well-crafted sentence.
Dating
Relationships
Dating love Relationship Advice