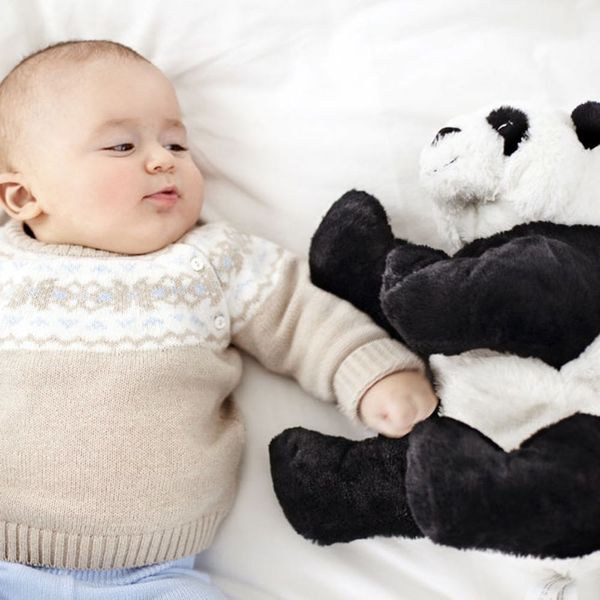 Indie darling turned sitcom star Zooey Deschanel and producer husband Jacob Pechenik welcomed a daughter back in July. We expected something quirky and cool from Zooey, and she didn’t disappoint when she recently revealed her daughter’s name was “Elsie Otter.” Zooey also made it clear that Otter referred to the playful animal, calling them “wonderful” and noting that she and Jacob just plain love ‘em. It turns out plenty of creative baby names feature creatures, and it’s not a new phenomenon. Traditional names like Caleb, Paloma, Mavis and Leonard have animal-inspired origins. If you’re ready to name your daughter or son after an animal, scroll on to read nine of the most interesting baby name possibilities.

1. Otter: Up until now, the only Otter we could name was Tim Matheson’s character in Animal House. The character’s real name was Eric Stratton. It wasn’t much inspiration for parents to take Otter seriously as a baby name. After all, fellow fictional fraternity members answered to Flounder and Stork. But now? If Harper is hot, maybe Otter isn’t so outlandish in the middle spot.

2. Bear: This might be the most popular of the animal-inspired baby names. Kate Winslet has a son named Bear Blaze, Alicia Silverstone has Bear Blu and celebrity chef Jamie Oliver named his only son Buddy Bear Maurice. But Red Hot Chili Peppers frontman Anthony Kiedis was among the first, naming his son Everly Bear back in 2007.

3. Hawk: It seems like an aggressive, out-there kind of name. But Hawk can be short for surnames like Hawkins, the name Dallas Cowboys quarterback Tony Romo chose for his firstborn. And bird-of-prey names like Talon, as well as more subtle avian names like Corbin, can be found in the US Top 1000.

5. Lion: Speaking of traditional names, no one could argue with Leo. It’s in the US Top 100 now. It was even more popular one hundred years ago. So while it’s the Latin word for lion, it’s just as likely to be your grandpa’s name, or maybe the name of the adorable baby next door. Ditto Leon, Leonardo and a half-dozen other related names. But Lion? That’s a different animal. Hawaii Five-O’s Alex O’Loughlin has a son named Lion. It’s a rare choice, but one that could work in the age of Bear.

6. Panda: Believe it or not, Panda briefly saw some use as a girls’ given name in the 1960s. Indie musician Kimya Dawson has a daughter called Panda Delilah, and a contestant on reality competition The X Factor answered to the memorable name Panda Ross. It could be an affectionate nickname for Amanda or Pandora, or it might make for a truly bold choice for a daughter.

7. Sparrow: Influential baby namers Nicole Richie and Joel Madden took two of their daughter’s unusual names — Harlow and Winter — mainstream. But their son’s name, Sparrow Midnight James, hasn’t caught on in quite the same way. 63 girls were named Sparrow in 2014, along with eight boys. Reality television’s Kilcher clan, known for living in rugged Alaska and choosing names as fierce as the landscape, recently welcomed Sparrow Rose, a daughter for Eivin and Eve.

8. Lark: I almost put Wren on this list, since Wren is rising through the US Top 1000, reaching Number 703 in 2014. But Lark is even less expected. Children of the 1990s might think of Saved By the Bell alum Lark Voorhies, and if you know your celebrity babies well, there’s also Jennifer Connelly and Paul Bettany’s daughter, Agnes Lark.

9. Fox: While we’ve yet to see a high-profile birth announcement featuring Fox, Fox fits with so many trends. It’s a short, edgy name like classic Max and modern Jax. It brings to mind iconic X-Files character Fox Mulder. And, of course, it’s an animal name. They appear in mythology through the ages, though they’re often tricksters. I also think it might be the most promising animal name for boys at the moment. As of 2014, it’s poised just outside of the US Top 1000.

What do you think of obvious animal names? Are there any on this list that you would use? Let us know in the comments below!

(This post was originally published on Nameberry by Abby Sandel.)