Zooey Deschanel Is the Latest Celeb on Baby Bump Watch 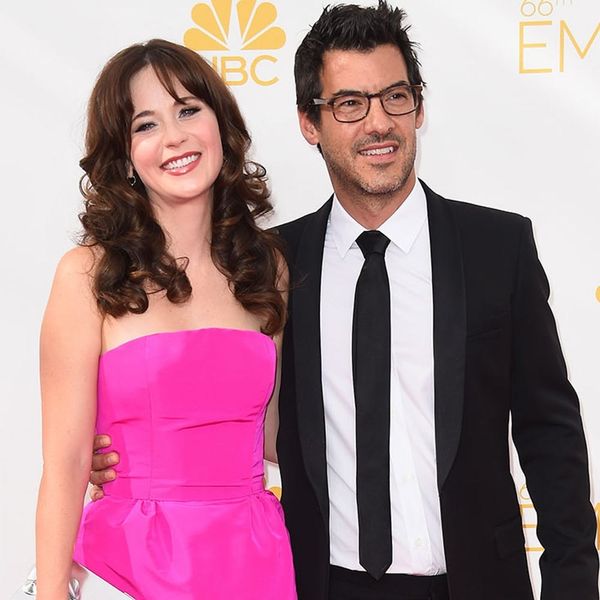 It’s still up in the air as to whether Beyoncé is actually expecting her second child or not, but baby news has been confirmed for another one of our favorite leading ladies… Miss Zooey Deschanel! The quirky fashion icon and star of hit show New Girl, confirmed to People this morning that she is in fact pregnant with her boyfriend Jacob Pechenik. Pechenik is a hot shot Hollywood producer who has been dating Deschanel since mid 2014. “Jacob and I are over the moon. We are so excited to meet our little one,” she told People.

No word yet as to the baby’s gender or how far along she is, but we do know that her sister (and fellow actress), Emily Deschanel also recently announced she is pregnant with her second child. We’re guessing those grandparents are kind of freaking out right about now. While we not patiently wait for what is bound to be the cutest baby ever (just think about those massive blue eyes), we’re already having visions of how brilliantly Zooey is going to rock the maternity wear – no elastic jeans for this fashionable mama-in-the-making. Here are a few looks we’d love to see the starlet rock over the next nine months.

Maternity Coat With Funnel Neck ($161): Never one to shy away from color, Zooey would look adorable in this bright pink ’60s style coat.

The Love Bateau Top ($168): We all know that everything Zooey wears always has a bit a playful charm. This striped top with embroidered heart at the shoulder adds a bit of kitsch without going too over-the-top.

Debutante Dress With Embellished Collar and Sleeves ($104): If this doesn’t scream “Ms. Deschanel” we don’t know what will.

Premium Bonded Fit and Flare Dress ($123): Paired with a statement necklace and those giant blue eyes, we can already see Zooey getting snapped in this peachy piece.

Neston Maternity Maxi ($164): Considering it’s award season, we’re guessing Deschanel is going to be hitting a few red carpets over the next few months. For a luxe maternity look, this glittered navy gown is both flashy and flattering for the bump.

Any guesses as to what Zooey’s baby name will be? Share with us in the comments below.

Cortney Clift
Cortney is the senior writer and special projects editor at Brit + Co. She typically covers topics related to women's issues, politics, and lifestyle. When she's not buried behind her computer you'll find her exploring New York City or planning her next big adventure.
Pregnancy
Fashion
Pregnancy
More From Fashion