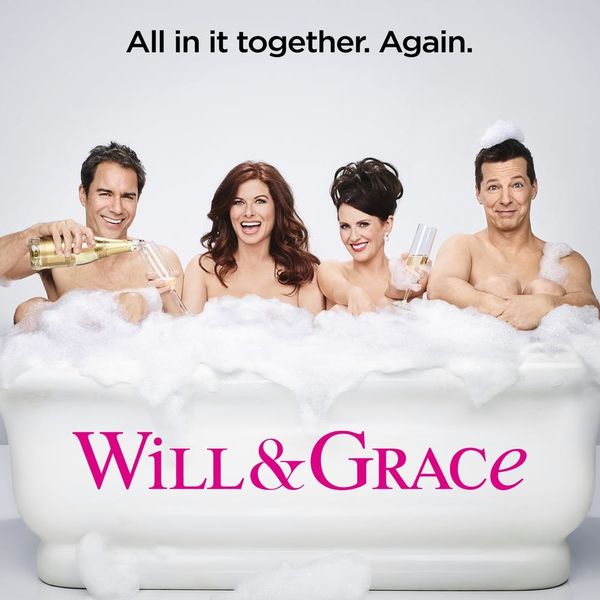 The Will & Grace revival is getting ever-closer, and while we’re already aware of some differences in the friends’ story lines — specifically the fact that the reboot will pretend like the finale never happened — some things, like Jack’s NSFW humor, never change. And that humor is front and center in the reboot’s new teaser.

The trailer opens with a montage of rapid-fire clips from the original series, which ran from 1998 to 2006. Through them, we get an adorable reminder of the cheeky friendships between Will Truman (Eric McCormack), his BFF Grace Adler (Debra Messing), her stylish and sassy assistant Karen Walker (Megan Mullally), and the one-and-only Jack McFarland (Sean Hayes).

The #WillAndGrace cast is back on set & as FABULOUS as ever! Comment if you can spot the hidden characters in the background. 😉

From there, we’re whisked into the current day, where the gang is hanging out in Will’s still-amazing NYC apartment. Jack makes an, er, cringe-worthy comment about Grindr (throwing some shade at Will in the process), and just like that, we’re right back in the swing of things.

Messing previously told TV Guide that the reboot would stay true to the original show’s “provocative and sassy” nature while also “shining a light on what’s happening right now in our country,” in politics, pop culture, and beyond. “I hope that we make people laugh out loud so hard that they pee,” she says. “But that it also — hopefully — will make people pause for a second and think perhaps in a new way or at least be open to thinking in a new way.”

We can’t wait to see more from the fabulous four when Will & Grace returns to NBC on September 28, airing Thursdays at 8pm.

Are you excited for the return of Will & Grace? Let us know @BritandCo!