See the First Photo of the “Aladdin” Cast on Set, Courtesy of Will Smith 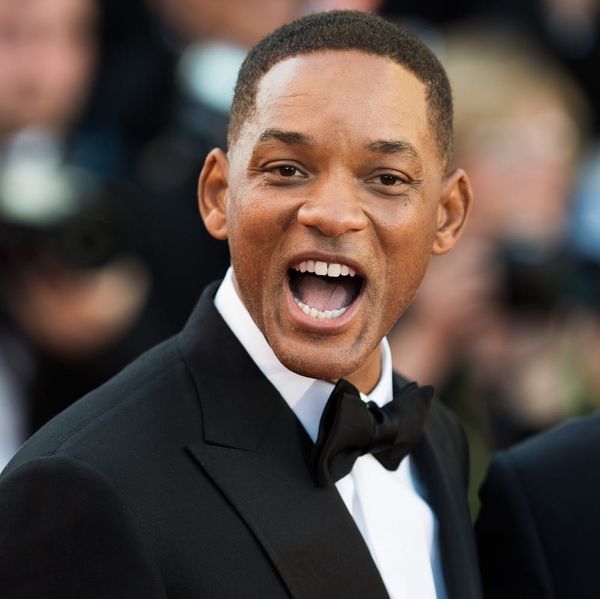 We were pretty pleased with the stellar cast for Disney’s upcoming live-action Aladdin movie directed by Guy Ritchie, especially when they added a hunky Jafar to the mix. Now we have our first photo of the actors together on set, courtesy of the Genie himself, Will Smith. And it’s pretty great. Even, dare we say, magical?

Smith posted the behind-the-scenes glimpse at his costars via Facebook. And if their smiles are any indication, they’re getting along and excited to make some movie history.

“We just started shooting Aladdin and I wanted to intro you guys to our new family,” Smith captioned the shot. “Mena Massoud/Aladdin, Naomi Scott/Princess Jasmine, Marwan Kenzari/Jafar, and I’m over here gettin my Genie on. Here we go!”

Not surprisingly, fans were into it — the photo has more than 258,000 likes on Facebook, and the comments section is flooded with enthusiastic responses from people who loved the animated original and can’t wait for the live-action remake.

There may not be a flying carpet or enchanted lamp in this particular shot, but we can already see plenty of magic in this cast. It’s a whole new world, indeed!

Are you excited for the new live-action Aladdin movie? Let us know @BritandCo!