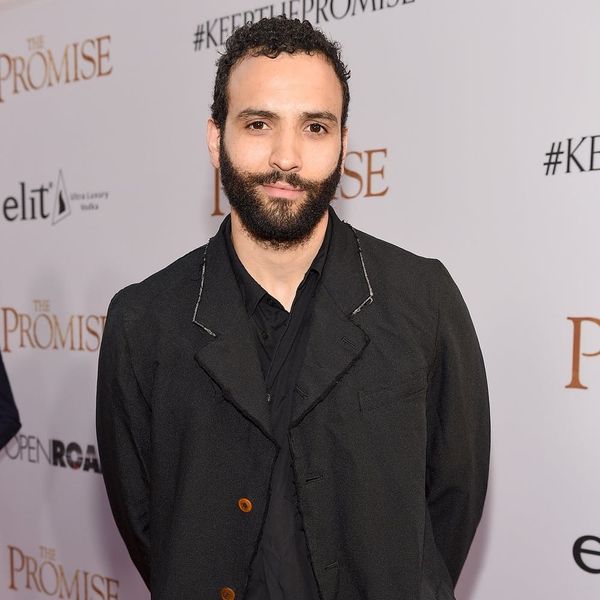 After a bit of a rocky start, Disney finally revealed the main cast for its live-action Aladdin remake last month: 24-year-old British-Indian actress Naomi Scott as Jasmine, 24-year-old Egyptian-Canadian actor Mena Massoud as Aladdin, and the one and only Will Smith as Genie. Now there are reports about the flick’s potential new Jafar, and WOW.

According to The Hollywood Reporter, 34-year-old Marwan Kenzari is in talks to play the film’s villain, originally voiced by Jonathan Freeman in the 1992 animated classic. The (super, SUPER!) cute Dutch-Tunisian actor may not be a household name just yet, having previously snagged small roles in Ben-Hur and The Mummy, but he’s poised to become a breakout star with November’s highly anticipated Murder on the Orient Express remake. It doesn’t hurt, of course, that Kenzari is so good-looking that Twitter can barely handle it.

“If this is the guy playing Jafar, I volunteer to play Jafar’s robe,” writer Rakesh Satyal tweeted with a shirtless photo of the actor.

The shirtless theme continued in other tweets, too.

Jafar had a shirtless scene in the animated Aladdin right? Asking for a friend pic.twitter.com/iRwkxzSm1Q

He’s even left some fans questioning their allegiance to Aladdin, which we never thought could happen.

“When you think you’re with Aladdin but then you see Jafar,” Twitter user Kareem Yasin quipped, while @rmdbutler joked, “Pretty sure I’m going to spend the entirety of the live action Aladdin on Jafar’s side.”

THR was also able to confirm a second piece of exciting casting news for the Guy Ritchie-directed flick: Saturday Night Live’sNasim Pedrad has signed on to play Jasmine’s handmaiden and friend Mara, a brand-new comedic role created just for the live-action remake.

What do you think of Disney’s possible new Jafar? Tweet us @BritandCo.