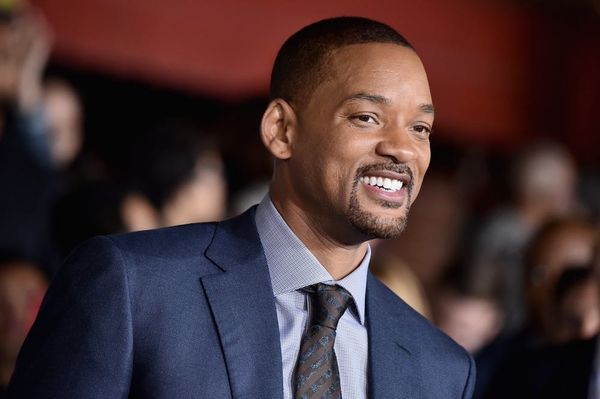 Disney previously released a few vague teasers for its upcoming live-action remake of Aladdin, but now the first photos of the cast in character have debuted — and they have fans a little bit confused.

Three of the stars from the upcoming Guy Ritchie-directed film appeared on the cover of Entertainment Weekly on Wednesday, December 19, including Mena Massoud as Aladdin, Naomi Scott as Princess Jasmine, and, Will Smith as Genie, a character originally voiced by Robin Williams in the 1992 animated classic.

Smith’s character — not at all, it turns out, a CGI Genie — inspired a particularly vocal response on Twitter. And while most of the reactions were not in favor of the portrayal, they were at least very, very funny.

“I love the CW,” Thrillist writer Emma Stefansky‏ commented, suggesting that the film looked more like a teen supernatural drama than a sure-to-be blockbuster.

Writer Laura Bradley wanted to know, “WHY IS ALADDIN DRESSED LIKE A DAD WEARING ALL HIS BEST LL BEAN ON A FISHING TRIP?”

Many people said that Will Smith’s Genie reminded them of Shazaam, a fake early ’90s movie that, according to internet memes, starred Sinbad as a genie — but that never actually existed.

But speaking of Sinbad, another user pointed out that Smith’s Genie reminded them of when he guest starred on the Nickelodeon show All That.

Comedy Twitter account OhNoSheTwint even re-wrote the theme song from Smith’s hit sitcom The Fresh Prince of Bel-Air, but about Genie and his life. “Now this is a story all about how my lamp got stuck in a cave underground, and I’d like to take a minute, just listen to me, I’ll tell you how I can turn you into a prince named Ali,” the updated lyrics read.

Smith told Entertainment Weekly that he wasn’t trying to recreate William’s original character in any way, but hoped to pay homage to the late comedian’s famous portrayal. “Just the flavor of the character would be different enough and unique enough that it would be in a different lane, versus trying to compete,” he said, adding that he tapped into his long roster of acting roles over the years to help inform the character.

What do you think of Will Smith’s Genie? Let us know @BritandCo.