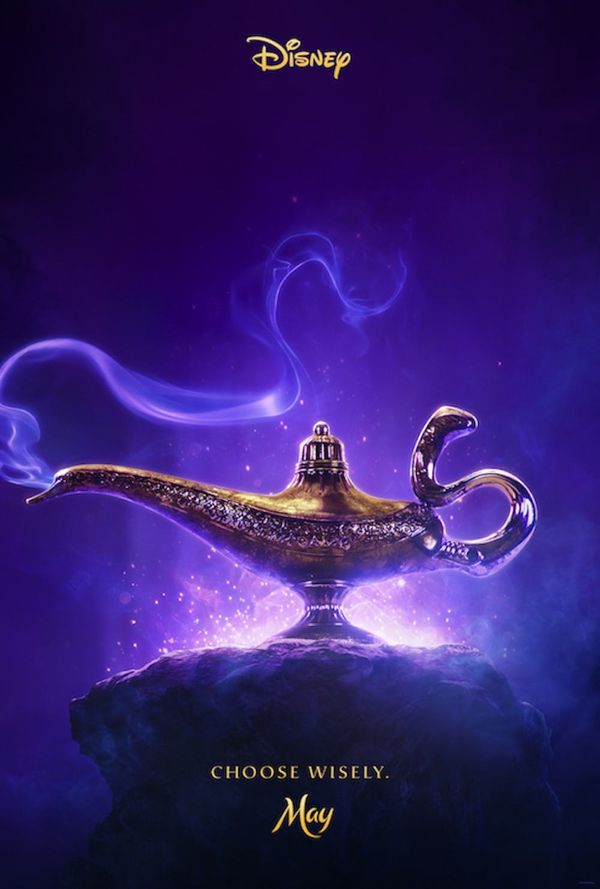 Disney just released the first teaser for its upcoming live-action Aladdin movie, and while the short clip only gives us a glimpse at the highly anticipated remake, we can already sense the magic.

The teaser begins with a haunting instrumental version of “Arabian Nights” as the camera pans over a vast desert to reveal Aladdin’s home, the city of Agrabah. Then the scene suddenly goes dark, and a bird — perhaps Jafar’s parrot Iago? — flies into the frame, taking us from Agrabah to the enchanted tiger’s head that leads to the Cave of Wonders. “Only one may enter here,” an ominous voice warns. “One whose worth lies far within. The diamond in the rough.”

That diamond in the rough is, of course, none other than Aladdin (Mena Massoud), who makes his debut in the final few seconds of the teaser — just as he’s about to nab the genie’s golden lamp. And we know what happens from there.

The movie, which Guy Ritchie is directing, also stars Naomi Scott (Power Rangers) as Princess Jasmine and Marwan Kenzari (Murder on the Orient Express) as Jafar. Will Smith will be taking over the role of the genie, who was voiced by Robin Williams in the 1992 animated original.

The teaser comes just days after Smith revealed the movie’s first poster on Instagram. The eye-catching image features the genie’s lamp in all its glory, with an elaborate handle, etchings on the side, and a swirling trail of smoke making its way out of the bottle.

Disney’s live-action Aladdin movie will hit theaters on May 24, 2019.

What do you think about the first teaser for Disney’s new live-action Aladdin remake?Let us know @BritandCo.