5 Women Underdogs Who Are Likely to Win in the Midterms 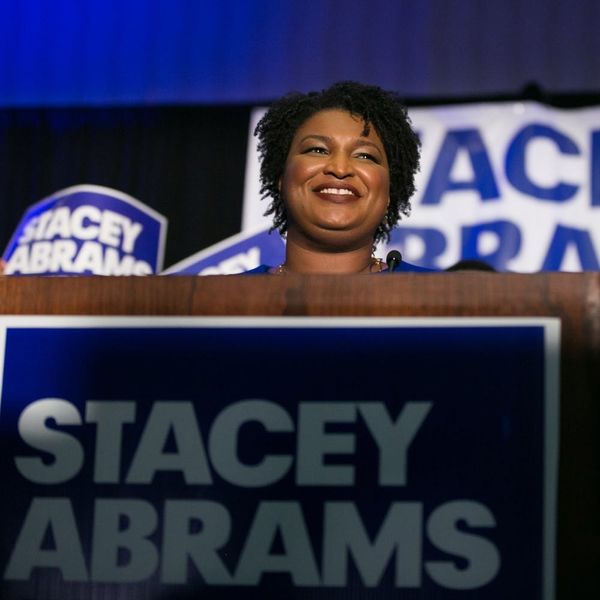 With midterms just around the corner, many are expecting sweeping change within the political machine. On both sides of the aisle, more women than ever are running, which is bringing newfound excitement to the midterms.

While some are poised to handily take their campaigns to victory, there are some women candidates who, despite fighting an uphill battle, look as if they may find their way to winning on November 6 — regardless of the odds stacked against them. These five women are just a few of the underdogs who could help usher in change in DC on election day.

Her opponent is the Trump-backed former Secretary of State for Georgia, Brian Kemp, who easily gained his party’s nomination earlier this year. Georgia hasn’t had a Democratic governor since the early 2000s and is a strong red state. But having a pro-Trump candidate could spell disaster for the Republicans: Trump’s approval rating has been falling steadily nation-wide, and voters may want a change.

We’ll have to wait for election day to see how it all shakes out, but with terms like “toss-up” and “tie” being used to describe this race, Abrams’ chances of becoming governor are pretty good.

2. Amy McGrath (Kentucky 6th Congressional District): Since announcing her decision to run for the Democrats in Kentucky’s 6th Congressional District, retired fighter pilot Amy McGrath has hit the ground running in her conservative home state. Although she’s garnered fans across the country for her tough-as-nails attitude, her opponent has been hammering her with attack ads that could be the nail in the coffin for the Democratic darling.

Andy Barr has accused his opponent of being “too liberal for Kentucky,” but McGrath has taken a gentler approach, trying to shift back to politics and doing what’s right for the people of their Congressional District. Although it’s another too-close-to-call race, there are seeds of hope for McGrath: Some disenchanted Republicans plan to vote for her come election day.

3. Lucia “Lucy” McBath (Georgia’s 6th Congressional District): Lucia “Lucy” McBath got involved in politics after her son was killed by a man with a gun complaining his friends were listening to music too loudly in a car. She has stumped for Hillary Clinton and was initially planning on running for Georgia’s state legislature, but the Parkland shootings inspired her to run for Congress on a Democratic ticket.

Georgia’s 6th Congressional District has been held by Republicans for 40 years, and her opponent is the incumbent, Karen Handel, who won the seat in a special election in 2017.

But McBath has a good shot at taking the district: Handel’s win was narrow, and her district includes parts of North Atlanta, an area where shifting demographics could see the Democrats, and McBath, bring their fight to Washington.

4. Jacky Rosen (US Senate, Nevada): Democrat Jacky Rosen’s uphill battle seems to be working in her favor, despite attacks from her opponents. Incumbent Republican senator Dean Heller is getting support directly from President Trump, who has called Rosen “Wacky Jacky” in an attempt to undermine the former state legislature’s bid for senate.

Rosen has remained undeterred, however, saying in a statement, “Nevada’s hardworking families deserve an independent voice in the Senate who will fight for them and put our state first, not a spineless politician who breaks his promises under pressure from the White House and votes to take away health care from his constituents.”

Her bold words paid off: Heller’s lead has narrowed to less than one percentage point, making this contest one of the closest to watch during midterms.

Although Fletcher is a newcomer, she’s polling neck-in-neck with her opponent, incumbent Republican John Culberson, who’s held his seat in congress since 2000. Democrats are counting on her win, too. This race could help the party regain a foothold in a state that’s been strongly Republican for decades.