Women’s Brains Are Running Households, and the Consequences Aren’t Good 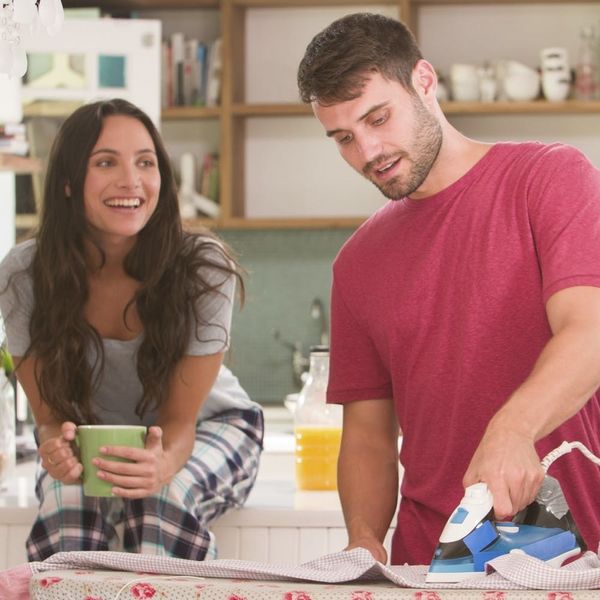 If you’re a woman partnered with a man and you feel like you’re the one holding down the fort 24/7 to make sure the household runs smoothly, it’s not just in your head. New research shows that women do in fact perform most of the mental labor at home, and it’s men who benefit the most.

The findings of the research, which are unlikely to come as a surprise to women partnered with men, were published in the academic research journal Sex Roles in late March. Conducted by Columbia Business School professor of business management Malia Mason and William Paterson University professors of psychology Janet Ahn and Elizabeth Haines, the research found that in a male-female partnership, it’s women who do most of the remembering and reminding when it comes to errands and household tasks.

Why does this happen? The research suggests that it’s because both men and women simply assume that the woman will store all of the important household information in her brain and act or speak up about it when necessary.

As Ahn told the Columbia Business School, “Women feel they have to keep track of both the joint responsibilities in a relationship and their partners’ personal to-dos.” In an email to Brit + Co, Haines says that none of this is related to an ability to remember. There’s no disparity in memory capabilities, Haines says, so it’s purely gender stereotyping that’s responsible for this mental workload imbalance.

Because women are stereotyped as naturally more communal than men, women also typically assume duties that providing nurturing and care to others, the Columbia Business School notes.

Haines also says that this phenomenon is far from new, and was not unfamiliar to the wives she spoke with. Women in the study told her that their husbands take up “space in their brains” all the time, while men were not as aware that this dynamic was at play in their own relationships.

From a psychological perspective, Haines tells us that she and her fellow researchers “think that the expectations for women to do all the mental labor can create a situation where men’s goals are more important and valuable to the couple than women’s goals.” It’s possible that all of this could lead to feelings of injustice in a relationship on the part of women, according to Haines. In other words, it’s not such a great dynamic for a healthy relationship.

She tells us that the researchers are now hoping to explore what she calls the “mental cost” of being responsible for all of the remembering and reminding in a relationship. “It’s possible that when you are always busy reminding and remembering it may create more stress and lowered ability to think creatively,” Haines says.

Separate research also shows women take care of more chores (including childcare) than men do. A 2016 study out of the United Kingdom found that women do 60 percent more household work (cooking, cleaning, and taking care of kids) than men. This adds up to women basically running the place: taking care of mental and emotional work as well as ensuring that the house is physically in order.

Is it any wonder then that further research also shows that women need more sleep than men do?

Perhaps the next thing for women to remember to tell their spouses is that to-do lists can be made for free with a pen and paper, and smartphones come with apps that set reminders. Just a thought!

What are your thoughts about the mental work women do at home? Tell us on Twitter @BritandCo.