You Need to Check Out J.K. Rowling’s Words of Wisdom on the Presidential Debate 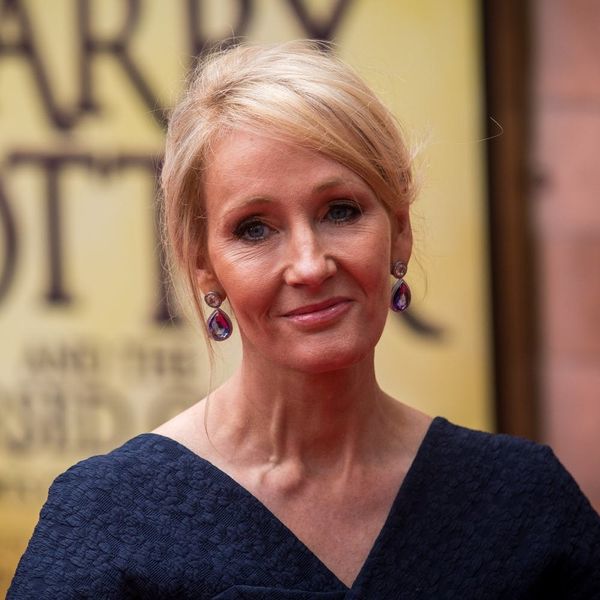 The reactions from celebs to the second presidential debate were as intense as you can imagine. And though most were Americans, one Brit was watching and reacting right along with us. J.K. Rowling is known not only for her writing, but also for her love of her fans and her willingness to address difficult situations. And when it comes to politics, she is truly woke AF. That’s why you need to check out the Harry Potter author’s words of wisdom regarding the presidential debate.

Taking to Twitter, she made a great point about what it means to participate in an election…

The key question, right there, for voters in every democracy. Not 'who is he?' but 'who are we?' #PresidentialDebate

…and addressed the fact that words DO matter (anyone who’s treasured every… single… word in a Harry Potter book knows this well).

The men rushing to tell us all that they talk about women exactly the way @realDonaldTrump did in his tape seem to think they're helping.

What makes a 'genuine man?' Discuss (but please do not show your workings.) pic.twitter.com/15YUaiC9KU

'It's your fault I didn't pay taxes, Hillary. Women let you do anything when you're a star.'

What do you think about J.K. Rowling’s take on the debate? Tweet us @BritandCo!

Desiree O
Desirée O is a ‘Professional Bohemian’ who loves anything and everything related to the arts, entertainment, and pop culture. She ADORES being a ‘Newsy’ for Brit + Co, covering all of the latest tidbits of awesomeness that you want to read about. When she’s not writing, she’s either making messy art, going on long adventurous walks with her camera, or poking around over at bohemianizm (http://www.bohemianizm.com/). You can find out about Desirée O and her work at http://DesireeO.com/ or follow her on Twitter @DesireeO.
Politics
Entertainment
Politics
More From Entertainment