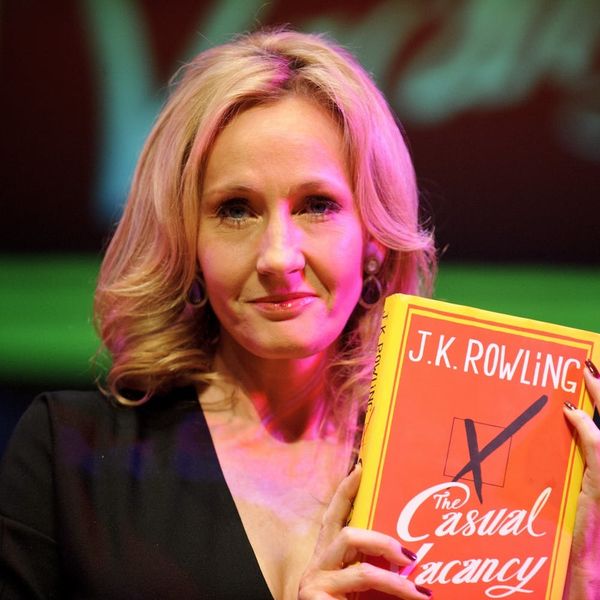 It’s Monday, and after a somber weekend, we bring you the latest updates to kick off your week.

1. J.K. Rowling’s Orlando shooting tribute will make you cry. Yesterday, in the wake of the horrific Orlando nightclub shooting that is already being deemed the worst mass shooting in US history, many celebs took to Twitter to voice their powerful reactions to the tragedy. One of these was J.K. Rowling, who tweeted in mourning of a victim who had worked on the Harry Potter ride at Universal Studios. Rowling shared a pic of 22-year-old Luis Vielma with her 7.47 million followers and tweeted “I can’t stop crying,” and responded to one of his friends that she is “so, so sorry” for their loss.

2. Adele dedicated her concert in Belgium last night to the Orlando victims, and it was moving as hell. The singer fully broke down when she described her “soulmates” in the LGBTQ community, and even cracked a joke about how all of her songs are sad. Basically, she was her perfect self, and you’ll love her even more after watching her touching tribute.

Marching and singing "We shall overcome" the Gay Men's Chorus of Washington just delivered a powerful surprise performance at the #OrlandoShooting vigil in front of White House.

3. The Gay Men’s Chorus of Washington’s tribute to the Orlando shooting victims will give you all the goosebumps. Just watch this surprise performance and try not to dissolve into a puddle of tears.

5. “It’s really scary to be a trans person right now with everything that’s going on, and I know that a lot of people who were thinking about transition are reconsidering that. So if I can show them that it can be a very positive thing and it’s not going to necessarily be horrible.” — 33-year-old Amelia Gapin, who just became the first trans woman athlete featured on the cover of Women’s Running magazine. (h/t People Magazine)