J.K. Rowling Did the Sweetest Thing for a Fan Struggling With Self-Healing 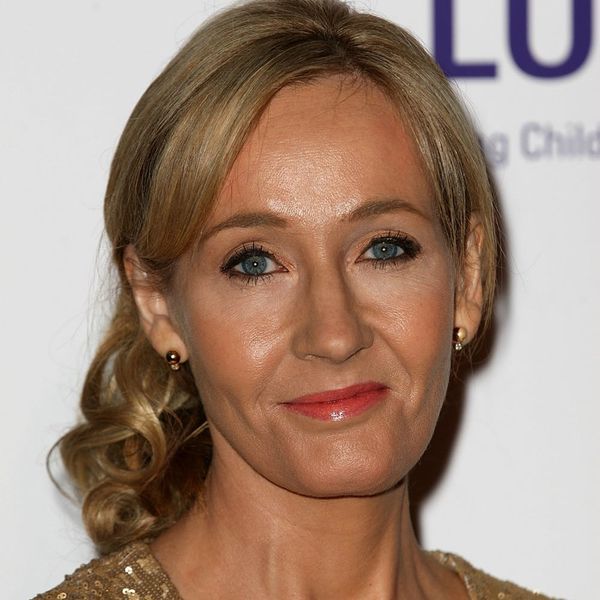 The depth of love that Harry Potter fans feel for the series and its author, J.K. Rowling, knows no bounds — just check out the photos of this couple’s Potter themed wedding for proof! And J.K. Rowling (who is no stranger to sharing her feelings on social media), in turn, loves each and every single one of them right back — a fact that was made all-too clear when she answered one of her 7.27 million Twitter followers’ tweets personally, offering along with it a rather unexpected gift.

The lucky tweeter was @AlwaysJLover (AKA Kate), a fan that’s been struggling to overcome some personal demons. She sent a message to her hero, J.K. Rowling, requesting the author’s handwritten copy of “expecto patronum” for a tattoo, along with a lengthier message explaining her reasoning.

Her full message reads as follows:

@jk_rowling i wanna get 'expecto patronum' tattooed & it'd mean the world if it was in ur handwriting. here's why:') pic.twitter.com/fhldRiju3w

For those of you unfamiliar with the Potter series (blasphemy!), “expecto patronum” is a very fitting tat for someone who might be in need of some extra strength — it’s a spell used by young wizards to ward off evil with a white shield of positive energy.

Apparently, Ms. Rowling agreed: She weaved a little magic of her own for Kate by responding with the requested handwritten phrase, along with a very special message of her own.

.@AlwaysJLover I love that you're working to heal and protect yourself. You deserve this. I hope it helps. pic.twitter.com/T2nDG3z2MJ

WOW. We’re not even going to pretend we didn’t cry at that exchange. We have a feeling Kate, who reportedly wasn’t expecting J.K. to actually respond — felt the same.

We’re so happy to hear that she is on the road to recovery, and we’re positively blown away that J.K. Rowling was so willing to help her on her journey.

Best of luck, Kate — we’re rooting for you all the way!

Are you crying happy tears for Kate with us? Tweet us J.K. style @BritandCo!

Nicole Briese
Nicole is the weekend editor for Brit + Co who loves bringing you all the latest buzz. When she's not busy typing away into the wee hours, you can usually find her canoodling with her fur babies, rooting around in a bookstore, or rocking out at a concert of some sort (Guns N' Roses forever!). Check out all her latest musings and past work at nicolebjean.com.
Books
Celebrity News
Books Harry Potter social media twitter
More From Celebrity News