Morning Buzz! J.K. Rowling and Others Shocked and Saddened At Britain’s Vote to Leave the EU + More 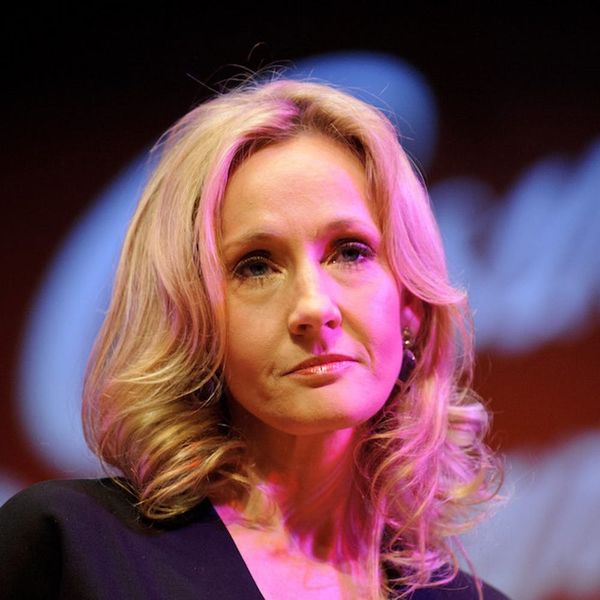 TGIF, everyone! Today’s shocking #Brexit results lead the pack of today’s top news stories. Check that and more out below.

1. In a historic move, the UK has voted to “Brexit” the European Union. Prime Minister David Cameron resigned following the vote, and the pound plummeted to lows not seen in over 30 years. It will take much longer for the full consequences to unfold, but the devastated reaction from those who voted to stay in the EU was immediate. Author J.K. Rowling has been sharing her sorrow and engaging with trolls and allies all morning, while Ellie Goulding called it “one of the most devastating things to happen during my lifetime.” All Alexa Chung could manage was an emoji of her (and many others’) broken heart. Of course, Donald Trump sparked immediate backlash with his supportive tweets, with Sarah Palin following suit. If you’ve seen #Brexit trending all week but are only now curious what the heck this all means, the BBC has a breakdown of everything you need to know. Check it out here to get started.

2. Is Kylie Jenner opening a WHOLE MAKEUP STORE? According to her Snapchat, she definitely is. In a couple of new videos, the lip kit queen is out shopping for retail space. In one clip, she shows off a sparse space and says, “Looking for Kylie cosmetic stores right now,” with a follow-up video where she excitedly pans and says that her “makeup store’s about to be lit!” We can guarantee to keep you updated on this one.

3. Blake Lively has a totally different version of the romantic story Ryan Reynolds tells about falling in love. Earlier this year, when Ryan Reynolds was making the press rounds for Deadpool, he shared the story of him and Blake falling in love. According to Ryan, the two hit it off while working on Green Lantern together, then, as friends, went on a double date with their respective other dates. In his mind, that was an awkward night for the other people, because it was clear there were MAJOR sparks between him and Blake. But in a new interview with People, Blake jokes that maybe the date “went well for him, [but] there were no fireworks for me. No.” Poor Ryan! She goes on to redeem his story by saying that it took her a while to realize, but that she was the one who said their great friendship should be more. “That’s what I appreciate about our relationship is that he’s my friend first and foremost.” AWW. (h/t People, photo via Mike Coppola/Getty)

Mermaid party pics on my app and KimKardashianWest.com

4. North West and Penelope Disick are turning into little heroes. The two cousins celebrated a joint mermaid-themed birthday recently, and guests at the party received little gift bags filled with their favorite toy — My Little Pony. A source tells People that, in their name, a truck then delivered a whack load of the Ponies to the Los Angeles Children’s hospital. The Kardashians are sometimes criticized for their businesses lacking any substantial charitable aspects, so maybe this is a sign of more to come.

5. Um, and speaking of Kardashian children, it’s Friday, and a new pic of Saint West is up, and we’re ONLY HUMAN AND CAN’T RESIST! Little Saint already looks just like big sister North — and mom Kim! Adorable.

6. Quote of the day: “I’m not sad at all I feel amazing right now,” is 100% the sort of thing someone who is definitely totally not sad at ALL says, like Calvin Harris, who reportedly went on an Instagram commenting spree (which have since been deleted). Imagine if Taylor was exhibiting this kind of post-breakup behavior? She’d be eaten alive.

What’s you’re most irrational post-breakup move? Your secret is safe with us! Let us know @BritandCo!

(Featured image via Ben A. Pruchnie/Getty)