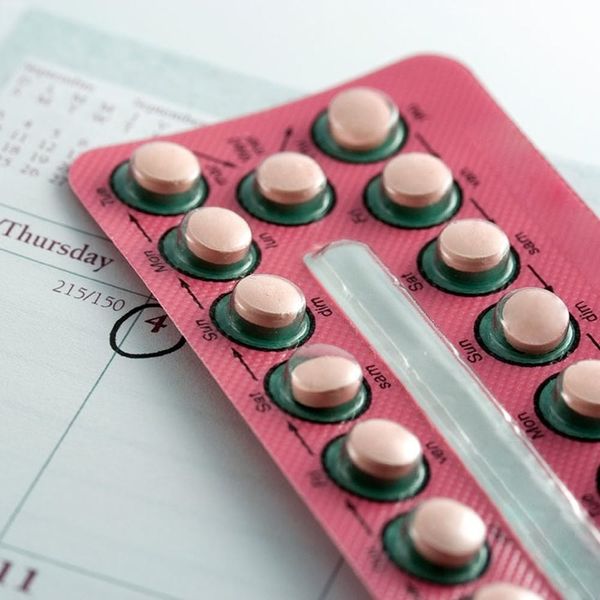 Many women who take birth control pills know the panic that descends when you realize you’ve forgotten to take a pill. Will my period get messed up? What do I do with the pill I missed?Am I going to get pregnant? Obviously, this last question is the one that causes the most distress; the whole reason we take the pill is to avoid pregnancy, right? The truth is, while it’s uncommon, women can and do get pregnant while taking the pill, and there’s a lot of confusion out there about what should be done when a pill is accidentally missed.

A surprising number of women get pregnant while on the pill. As of 2008, between two and eight percent of women taking birth control got pregnant. These percentages are small, but when you consider that about 12 million women were taking the pill at that time, on the high end we’re looking at 960,000 accidental pregnancies every year.

But wait a minute. The pill is supposed to be 99 percent effective… how do so many women still get pregnant with a virtually fool-proof contraception method? The pill is in fact 99 percent effective at preventing pregnancy, but only with perfect use. That means taking the pill at the same time every single day. And since nobody is perfect, that means nobody is ever going to use the pill absolutely perfectly for the entire time they’re on the pill.

Most people who take the pill fall under the category of “typical use,” which means you’re pretty consistent, but sometimes you take it late, or miss the pill altogether.

Using the pill as consistently as possible certainly goes the longest way to prevent pregnancy, but what should happen when a pill is missed? A lot of women have this question, so to try to help out in a time of panic, the period-tracking app Clue has introduced a new feature that will tell users what to do if they skip a dose of their birth control.

Clue surveyed 90,000 of their users worldwide, and found that in some countries, especially where women can obtain the pill without a prescription, they’re often unsure of what to do when they miss a pill. For example, the Clue survey found that one in four women on the pill in Russia didn’t receive any guidance when they started the pill.

Because women are increasingly relying on period-tracking apps to help avoid pregnancy (by the way: It’s not the best idea to wholly rely on an app for this), Clue decided to help fill education gaps by guiding users when they inevitably have typical rather than perfect use of their birth control. According to Tech Crunch, Clue will now provide doctor-approved advice to users when they report they’ve missed a pill, customized for which type of pill the user is taking.

For those who have questions about the pill but aren’t a fan of period-tracking apps, Planned Parenthood has a wealth of resources available. Their website has a ton of information about how the pill works and how to take it, and they also provide in-clinic patient education services, where clients can ask any and all questions they have about birth control and sexual health in general. Getting a prescription at Planned Parenthood also comes with thorough explanations of the pill.

Life gets messy, and so does taking the pill. Nobody’s perfect, so there’s no need to panic too much if your pill use isn’t perfect, especially when there are so many resources out there, and even built into an app you may already be using.

Have you ever panicked when you missed a pill and didn’t know what to do? Tell us about it on Twitter @BritandCo.

From Your Site Articles
Elizabeth King
Elizabeth King is a politics, history, and culture writer based in the Twin Cities. She is generally pretty cranky but still enjoys traveling, music from the early 2000's, and plotting the resistance. Feel free to say hi on Twitter at @ekingc or check out some of her work at www.elizabethcking.com.
Womens Health
More From Womens Health