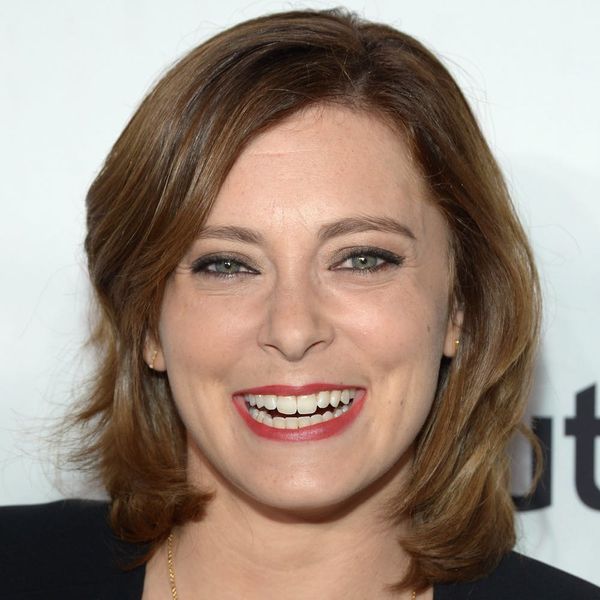 By now, we don’t think we need to tell you how important it is to exercise your right to vote come November 8 (just like these patriotic ‘grammers), but just in case you COULD use yet another reminder, a new Funny or Die video featuring a whole lot of your favorite TV celebs is here to do just that.

With Crazy Ex-Girlfriend’s Rachel Bloom as the video’s anchor and a hodgepodge of cameos from the likes of Elizabeth Banks (who also appeared in a Hillary campaign video back in July), the ever outspoken Amber Rose, Mayim Bialik, Moby, Glee stars Jane Lynch and Naya Rivera, Modern Family’s Jesse Tyler Ferguson, Jane the Virgin’s Rogelio De La Vega and Parks and Rec’s Adam Scott, to name a few, the video stresses the election’s importance with one unified chorus of, “Holy f*cking sh*t, you’ve got to vote.”

Fair warning to Republicans: unbiased or for the easily offended, this vid is not, going so far as to call GOP candidate Donald Trump such things as “garbage fire” and “human syphilis” — yikes! — but should you happen to be a Hillary supporter, or maybe just a fan of satire, you’re in for a real treat.

Crescendoing into sing-songy lines like “If we don’t work to prevent this, it’s four years of the Apprentice,” the video ends with an impassioned Rachel telling you not only to vote, but to vote for Hillary.

That’s one way to support your party!

Without further ado, we give you “Holy Sh*t, You’ve Got to Vote.”

Rachel’s vid: Funny or offensive? Cast your vote over @BritandCo.

Nicole Briese
Nicole is the weekend editor for Brit + Co who loves bringing you all the latest buzz. When she's not busy typing away into the wee hours, you can usually find her canoodling with her fur babies, rooting around in a bookstore, or rocking out at a concert of some sort (Guns N' Roses forever!). Check out all her latest musings and past work at nicolebjean.com.
Music
Music
Music Politics