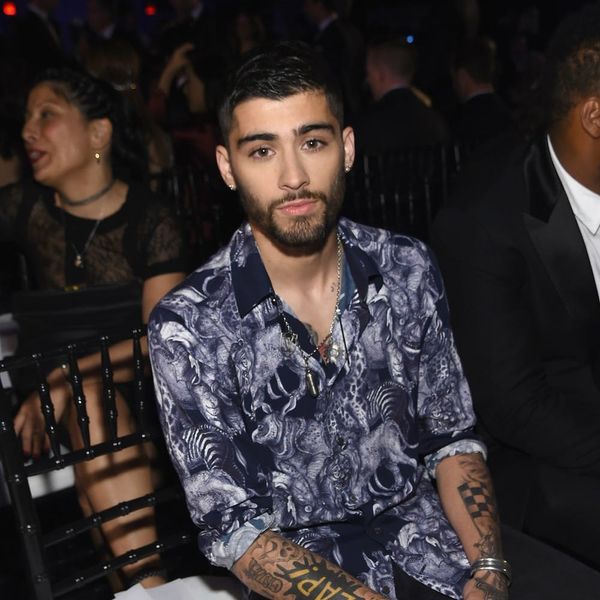 While female celebrities are constantly causing buzz with even the slightest changes to their appearance (have you seen Amanda Seyfried’s new side-swept fringe?), it’s a rare occurrence when a male celeb makes such a splash over a haircut ― unless you’re a member (or former one) of One Direction, that is!

Following in the footsteps of former bandmate Harry Styles, who caused a frenzy when he chopped off his trademark locks this summer (and for a good cause too!) Zayn Malik caused a stir of his own when he took to Instagram yesterday to post a (gasp!) beardless selfie.

Apparently, the world wasn’t ready, as fans took to Twitter to cope with the pain from the change.

NOOO! Not the beard!! It was so beautiful!! Damn. @zaynmalik https://t.co/MdRvdgXRWH

In fact, some were downright indignant.

how dare you @zaynmalik???? how dare you shave off the holy beard ,,,, how could u do me like this https://t.co/7bQFdeBLmn

Others, however, saw it as an opportunity!

YO Zayn shaved.
I have a beard.
Zayn does not.
That's 1 point for me bitch @zaynmalik

@rxwinda spoke for the people, urging Zayn to grow that ish back out, and stat, while others, like @ZJMaccF, offered up a hypothetical motive (too hot, bro!).

Some are still on the fence…

@Zayn Malik sometimes I think that you look fabulous with your beard or without your beard.oh god I am so confused please help

And @docharleen? She doesn’t know Zayn at all anymore.

@zaynmalik your beard is gone…. I don't know you

Whether you’re pro-beardless Zayn or con, however, one thing’s for sure: Guy knows how to cause a ruckus!

Nicole Briese
Nicole is the weekend editor for Brit + Co who loves bringing you all the latest buzz. When she's not busy typing away into the wee hours, you can usually find her canoodling with her fur babies, rooting around in a bookstore, or rocking out at a concert of some sort (Guns N' Roses forever!). Check out all her latest musings and past work at nicolebjean.com.
Celebrity Beauty
Beauty News
Celebrity Beauty