10 Books That Will Help You Understand Your Mother 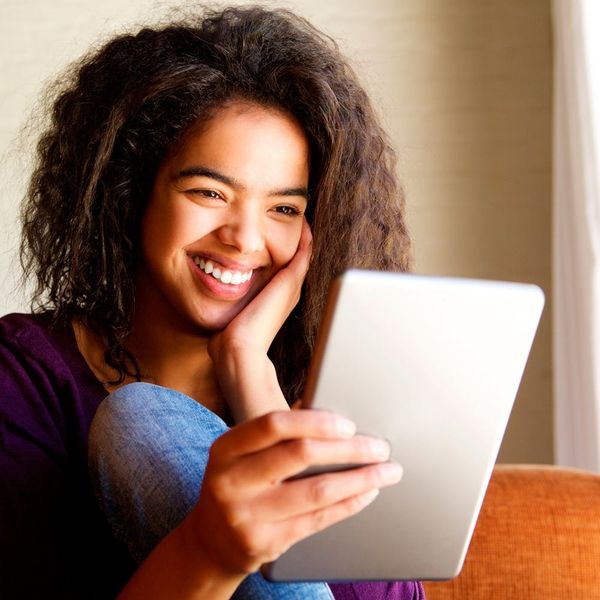 When you’re turning to your mom for advice with your latest work drama or you’re listening to her millionth voicemail reminder to call home (#guilty), it can be easy to forget that this special lady had her own life waaay before yours began. While she might not have shared all of her wild adventures from her carefree and child-free days, there’s no denying that she’s got a secret or two tucked up her sleeve. No one knows this better than author Desiree Cooper.

Desiree Cooper is the author of Know the Mother, a collection of 31 flash fiction stories that dive deeply into the inner lives of mothers and daughters. Her title story depicts an adult daughter at her mother’s bedside wondering about the person behind the moniker of “mother.” “She’s leaving me so easily,” the daughter muses, “I wonder if her love ever rose above duty.”

We asked Cooper to name ten books that would help readers get to know their mother. Scroll on for her list of reads — who knows, they might just inspire you to start a mother-daughter book club!

1. Olive Kitteridge, by Elizabeth Strout: The character Olive Kitteridge isn’t easy to love. She’s mean. And brassy. And often abrupt. And funny. You can’t decide if you love her or hate her, if she’s endearing or annoying. Just like your mom. This winner of the 2009 Pulitzer Prize for Fiction is a brilliant insight into a simple woman’s life, which, as it always turns out, isn’t so simple after all.

2. Pavilion of Women, by Pearl S. Buck: A 40-year-old woman is tired of running her huge household. She’s exhausted by the specter of always having to sexually please her husband (however kind he may be). So she decides that before it’s too late to enjoy life, she’s moving out of the marital bedroom and into her own apartment where she will read books and enjoy silence. Oh, and leaving nothing to chance, she’s going to select a mistress for her husband. Mothers, is this your version of a dream??? I couldn’t believe this avant garde plot was written in 1946. It’s terrific insight into a mother’s inner wishes.

3. The Collected Poems of Lucille Clifton 1965-2010, Edited by Kevin Yung and Michael S. Glaser: Read anything written by poet Lucille Clifton, including this compilation of poems. Clifton was the mother of six and a government worker who once said that she wrote in her head for years until there was time to write things down. Yet she became an award-winning poet and noted author of children’s books. In her poem “fury,” she writes of watching her mother throw poems into the fire. In “wishes for sons,” she curses her male children with menstrual cramps and only one tampon while visiting a strange town that has no 7-11.

4. The Hours, by Michael Cunningham: How can a male writer so completely inhabit a woman’s mind? NOT FAIR! Winner of a Pulitzer Prize and a PEN/Faulkner award, The Hours goes deep into a mother’s heart, where life is perfect and profoundly unfulfilling. Cunningham weaves a contemporary narrative with the life of Virginia Woolf and her classic book, Mrs. Dalloway. The result is an unflinchingly feminist book about gender roles and motherhood.

5. Are You My Mother? By P.D. Eastman: The question is a child’s lament. But read it from a mother’s perspective and you’ll see that the baby bird is really discovering dimensions of motherhood. Moms are all of the above: a cuddling kitten, a clucking hen, a nourishing cow, a broken down car, a powerful machine and, at times, that thing that goes “Snort!”

6. The Buddha in the Attic, by Julie Otsuka: This sweeping novel tells the story of the immigrant mother — not one of them, but all of them. Otsuka lifts the voices of countless Japanese women who came to America after World War I as “picture brides,” ready to marry a stranger on the basis of a picture alone. Together, these women offer up the details of not just one life, but the broader experience of mothers unmoored from their homelands. Never has first person plural been deployed to such magnificent effect.

7. An Unnecessary Woman, by Rabih Alameddine: Aaliya is not a mother. She is not a wife (she divorced and never remarried). And, at 72, she’s not even young. By traditional measures, she is a persona non grata in her native Beirut. But she uses her invisibility to create the life she wants — translating books for the simple pleasure of it. There are moments that this novel falls into literary pretentiousness. But there are so many moments that we get to understand the courage of Aaliya’s unconventional life choices. Who would our mothers have been if they’d been willing become an unnecessary woman?

8. Bridges of Madison County, by Robert James Waller: Two grown-ass kids find a letter that their dedicated, loyal, doting mother has left for them to read after her death. Lo and behold, their mother had an inner life! A romance, of all things! Longings, wishes and dreams! I’m not sure anything can be more shocking to kids than to realize that their mothers are actually real people.

9. Natural Birth, by Toi Derricotte: This collection reveals the vilification that often comes along with motherhood. The poems recount Derricotte’s experience as a pregnant 19-year-old in the early 1960s. As her foreword says, “It was a terrible thing, especially, for a black middle-class girl to come up pregnant. Part of the lifelong work of our class and gender was to prove beyond doubt that black people were civilized, not beasts.” What follows is a harrowing tale of the banishment and shame she endured bringing her beloved son into the world. It happened in 1962 — it still happens today.

10. Wicked, by Gregory Maguire. Your mom may have been the Wicked Witch of the West, but how did she get there? Family dysfunction, bullying, persecution for her looks, discrimination, a mentally ill mother? It’s all there in Wicked. Maybe after considering the making of a witch, you’ll get new insight into how your mother became one.

Angela Velez
Angela is an MFA Fiction candidate at the University of Pittsburgh. You can find her reading obsessively, wandering bookstores and watching melodramatic television.
Books
Home News
Books