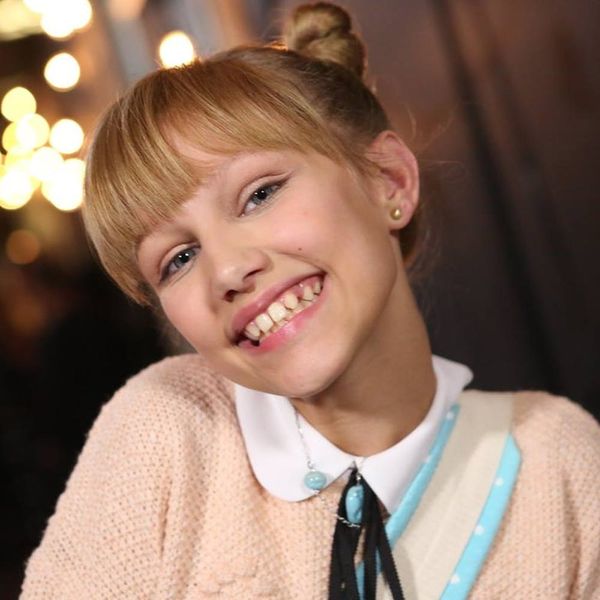 When Grace VanderWaal stepped out onto the America’s Got Talent stage, we had no idea what was to come. Not only were we blown away by her audition, where she dared to play an original song and received a standing ovation in return, but Simon Cowell himself even deemed her “the next Taylor Swift.” Wow! Now the 12-year-old phenomenon has won the ultimate prize, the title of America’s Got Talent winner. Oh, and a million dollars.

While her win wasn’t a complete surprise because it was totally deserved, Grace broke down along with the audience when it was finally announced that she was the big winner of America’s Got Talent Season 11. Throughout the competition, Grace not only wowed fans with her incredible musical talent, but also charmed them with her genuinely sweet personality and adorably relatable ambitions. The girl has dreams and we’ve been witnessing them begin to come true. How awesome is that?!

She’s already scheduled to headline the PH Showroom at Planet Hollywood in Vegas from October 27 to 29, and it’s clear that Grace is ready to take the world by ukulele-playing storm.

She recently told Teen Vogue that not only has “the show has been incredible for her personal self-confidence,” and also mentioned that her “dream would be to do anything that would allow her to both perform and make money.” It looks like dreams really do come true.

Are you thrilled that Grace won this season’s America’s Got Talent? Tweet us @BritandCo!

Desiree O
Desirée O is a ‘Professional Bohemian’ who loves anything and everything related to the arts, entertainment, and pop culture. She ADORES being a ‘Newsy’ for Brit + Co, covering all of the latest tidbits of awesomeness that you want to read about. When she’s not writing, she’s either making messy art, going on long adventurous walks with her camera, or poking around over at bohemianizm (http://www.bohemianizm.com/). You can find out about Desirée O and her work at http://DesireeO.com/ or follow her on Twitter @DesireeO.
Music
Pop Culture
Music