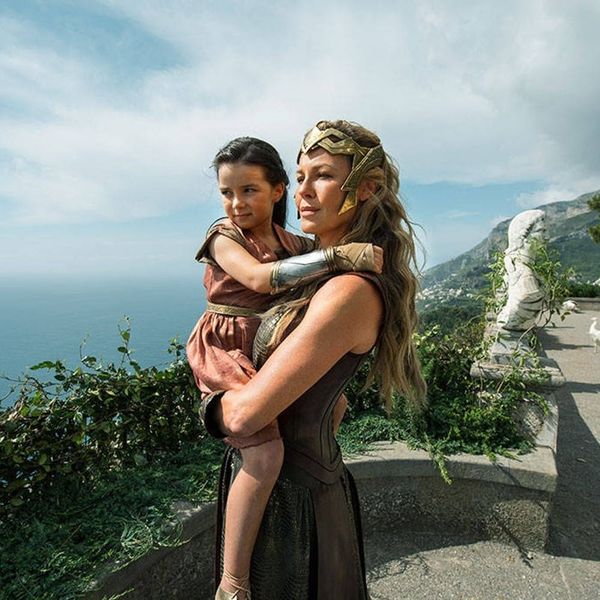 The hit movie Wonder Woman is a celebration of powerful women and an inspiration for parents in search of strong girls’ names. Here are 10 names related to strong and independent women, some with those qualities embedded in their meanings, which have solid potential for your own little wonder girl.

1. Diana: Let’s start with the Amazonian princess herself. Though Wonder Woman uses her heroic title when battling the forces of evil, her real name is Diana Prince. Meaning “divine,” the girls’ name Diana currently sits at Number 269 in the US, indicating its in-between status as a familiar but not overly popular name. With the success of DC’s latest film, however, the name could see an uptick in use. The name also has another revered namesake: Diana, Princess of Wales. Add in the goddess Diana of Roman mythology, and you have a viable contender.

2. Athena: And speaking of mythology, the Greeks and Romans had many female goddesses and heroines with names that would fit right into 21st-century naming trends. One of them is Athena, which currently ranks at Number 142, its highest ever in the US. The Greek goddess has many attributes, but she is best known for her strength and wisdom. Unranked variation Athene is another option.

3. Amelia: Amelia, among the most popular girls’ names in the Western World, has been a trending name in the US for some time, currently at its highest point of Number 11. Though its meaning of “work” is relatively uninspired, aviator Amelia Earhart is remembered for her adventurous and pioneering spirit, something that resonates with parents choosing names for their spunky daughters. Its mega-popularity may be a deterrent for some, but that hasn’t inhibited its ascent, as it was given to over 10,000 girls in 2016.

4. Rosa: Rosa Parks is a definitive wonder woman of the 20th century. In standing firm and resolute as she refused to give up her bus seat in the segregated South, Parks helped create momentum in the Civil Rights movement, and she remains greatly respected for her role in recent American history. Though her name currently sits at Number 639, which is much lower than the Top 300 where it ranked for nearly all of the 20th century, Rosa remains a lovely, classic possibility for parents seeking a distinctly feminine name that exudes grace and dignity.

5. Louise and Louisa: Rosa Parks’s middle name, Louise, is another great candidate and an obvious choice for this list. Meaning “renowned warrior,” this name might surprise parents with the juxtaposition of its feminine sound and military meaning. Louise has been gaining traction recently, having re-entered the US Top 1000 in 2016 for the first time since 1991. Sister name Louisa has experienced a similar renaissance, working her way back into the US charts in 2014 following a 44-year absence. Both girls’ names currently sit in the 800s, making them safe options for parents worried about high popularity and overuse.

6. Willa: Willa has quietly risen in the charts since her return appearance in 2010. Her most well-known bearer is Willa Cather, the 20th-century American author whose early novels detail the difficulties and rewards of frontier life. In this way, the meaning of “resolute protection” is very fitting. Willa is one of the vintage baby names most favored by modern-day parents.

7. Alessia: In stark contrast to vintage gem Willa, Alessia exhibits the international flair of many current rising names. Attributable to the growing fame of pop singer Alessia Cara, it appeared on the US popularity charts for the first time ever in 2016, though it’s a perennial favorite in Italy. Like long-popular related names Alexa, Alexandra, and Alexis, Alessia means “defender” or “defending warrior.” It adds a bit of fresh air to the “Al-” family of girls’ names.

8. Audrey and Audra: Audrey is a name that has been continuously among the Top 100 baby names in the US since 2002, and for good reason. It’s a beautiful name that immediately calls to mind the influential Audrey Hepburn, who helped define the late Golden Age of Hollywood. The meaning “noble strength” also contributes to its appeal, conjuring an image of poise and elegance. But if its current high ranking is a turnoff — Audrey was Number 39 in 2016 — then Audra is an interesting alternative. It carries the same meaning as Audrey, yet it’s much less common: In fact, Audra hasn’t charted in the US since 2001.

What’s your favorite strong girls’ name? Share it with us @BritandCo!

This post was previously published on Nameberry by Josh Murray.