A Group of Lawyers Are Suing Trump on Behalf of 10,000 Detained Immigrant Children 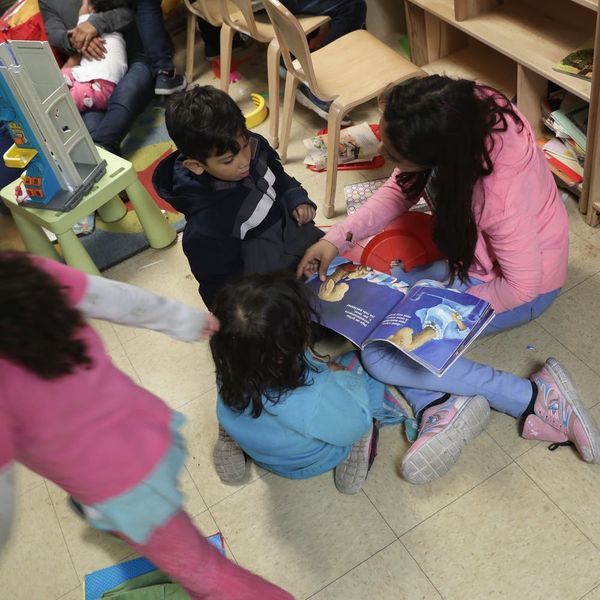 On Tuesday, January 22, the Southern Poverty Law Center joined a group of legal firms in filing a lawsuit against the Trump administration on behalf of 10,000 children who are currently being held in more than 100 detention centers in the US. In a statement, the legal firms, which include the Legal Aid Justice Center and Sterne, Kessler, Goldstein & Fox PLLC, demand the “release of children who have sponsors available to take them into their homes and to reform this system that has resulted in prolonged detention for thousands of children around the nation.”

Last August, the Legal Aid Justice Center filed a lawsuit on behalf of children detained in the state of Virginia. Tuesday’s filing expands on the August filing to represent detained immigrant children nationwide.

In a statement, the legal groups behind the suit say that the prolonged detention of a swelling population of immigrant minors has reached a “crisis level.”

The suit lays significant blame for the crisis on the current process for transferring young detainees’ guardianship over to adult sponsors. Late last year, the US Immigration and Customs Enforcement (ICE) revealed it had detained 170 potential sponsors of unaccompanied minors because those sponsors lacked US citizenship or legal immigration documentation.

“When a government agency takes custody of a child, it should always be looking out for the child’s best interests. But the Trump Administration has instead seen children as a way to go after their parents or relatives,” Jorge Baron, Executive Director for theNorthwest Immigrant Rights Project, said in a press release. “We hope this court case will lead to families being reunified as soon as possible.”

According to the press release, the lawsuit specifically cites “the completely disorganized and arbitrary sponsorship process, which has created an impenetrable maze for potential sponsors” as one of numerous policies having “an incredibly negative impact on these already vulnerable immigrant children.”

Included in the suit are case studies of some of the children who have fled dire circumstances in their home countries only to wind up in overcrowded, substandard detention centers. A 14-year-old girl from Mexico, who the suit calls “C.L.,” was forced to leave her home after a series of events involving a group of violent men, the statement asserts. The girl reportedly hoped to reunite with her mother in San Francisco. She is reported to now be living in a 2,350-capacity facility in Florida that does not require any state license or child welfare inspections.

Another teen girl, who is about to turn 18 and is the mother of a one-year-old, left El Salvador, “where she was routinely sexually abused by a relative, a high-ranking member of a Salvadoran gang,” according to the press statement. The statement goes on to report that when immigration officials tried to separate the teen from her child, “she resisted and was sent to a Border Patrol holding facility commonly known as the ‘icebox’ for its freezing temperatures and lack of adequate facilities to care for children.”

The New York Times reported in June 2018 that ICE detention centers, many of which continue to be temporary facilities such as a former Walmart and “tent cities,” were already at 90 percent capacity. “Any new surge in border crossings, which could happen at any time, could quickly overwhelm the system, operators say,” the publication stated. Since then, the detention of immigrant children has skyrocketed to its highest level ever.