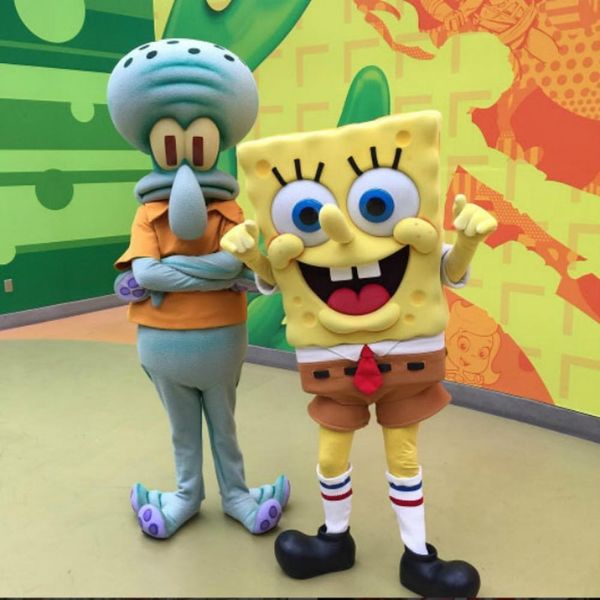 The House of Mouse just got some SERIOUS competition in the family fun department. According to NJ.com, there’s a newtheme park on the horizon (and no, we’re not talking about that wine theme park in France, although that’s pretty badass, too), and it promises to be second to none — at least when it comes to size.

Nickelodeon Universe is slated for a spot in the upcoming American Dream Meadowlands, a shopping, entertainment and tourism destination (which will also include an indoor ski resort, a 285 foot ferris wheel and an aquarium) in East Rutherford, New Jersey. Nick Universe will bring its beloved characters to life (particulalry those in the SpongeBob SquarePants and Teenage Mutant Ninja Turtles series, which the park is centered on) with a park that will give them room to roam, and plenty of it.

Get inside, out of the cold, and come celebrate winter break with SpongeBob SquarePants and Squidward today at the Green Spot!

Covering 8.5 acres, the new park (not to be confused with the current Nickelodeon Universe in the Mall of America, though the project will be developed by the same people) will actually be SO big, in fact, that it’s on track to become the largest theme park in the entire Western hemisphere — whoa.

The only problem? Building a destination that big (the Meadowlands in total covers about 3 million square feet) costs a lottttttt of money: $2.7 billion dollars worth, to be exact, which the developer hopes to secure through financing for an opening theme park date of 2018.

We, for one, are going to need this to happen: We NEED a Krabby Patty!!!

What Nick character is your favorite? Share with us @BritandCo!

Nicole Briese
Nicole is the weekend editor for Brit + Co who loves bringing you all the latest buzz. When she's not busy typing away into the wee hours, you can usually find her canoodling with her fur babies, rooting around in a bookstore, or rocking out at a concert of some sort (Guns N' Roses forever!). Check out all her latest musings and past work at nicolebjean.com.
90s
TV
90s Family Nostalgia
More From TV