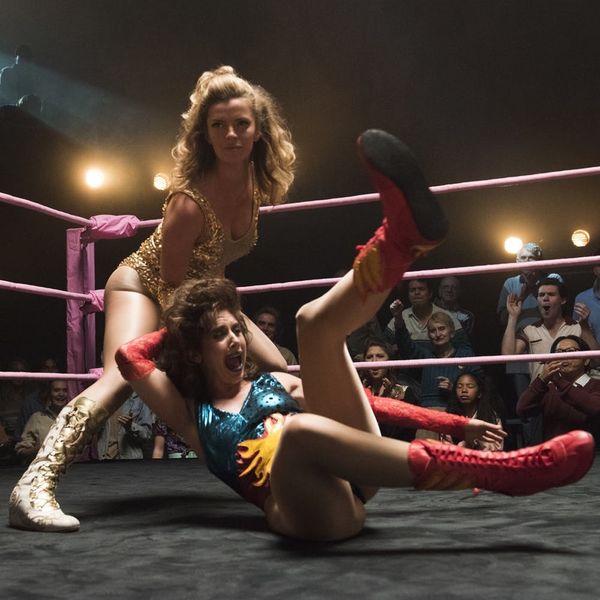 If you’re already prepping your GLOW group Halloween costume, you’re among the many fans of the incredibly popular Netflix series. And you’re going to love the first pic from the set of the second season, which was just shared by Alison Brie, AKA Zoya the Destroya!

Loosely based on the IRL “Gorgeous Ladies of Wrestling,” who learned to body-slam with the best of them back in 1985, GLOW debuted on Netflix in June and was renewed for a second season in August. Now, thanks to this behind-the-scenes peek from Alison Brie, who plays the main character Ruth, we can see that the ladies are ready to return to the the ring.

In the pic, Brie and her costar Betty Gilpin, whom you’ll recognize as Debbie “Liberty Belle” Eagan, lounge on a table in what appears to be a trailer. The two are fully glammed up — though only Gilpin is in her wrestling costume — and obviously feeling their characters’ unique vibes. And while they’re not taking each other on in the ring or training for their next bout, there’s no doubt that they’re ready to take on whatever comes next.

Brie didn’t say much in her caption — “We’re back… #glownetflix #season2” — but it was enough to get fans psyched for new episodes. Followers shared their excitement in the comments section, with one noting the ladies’ uniquely styled tresses: “That hair tho.”

While the season two premiere date for GLOW has yet to be announced, it looks like we can expect plenty of the same ’80s awesomeness whenever the story does return. And we can’t wait!

Are you excited for the second season of GLOW? Let us know @BritandCo!