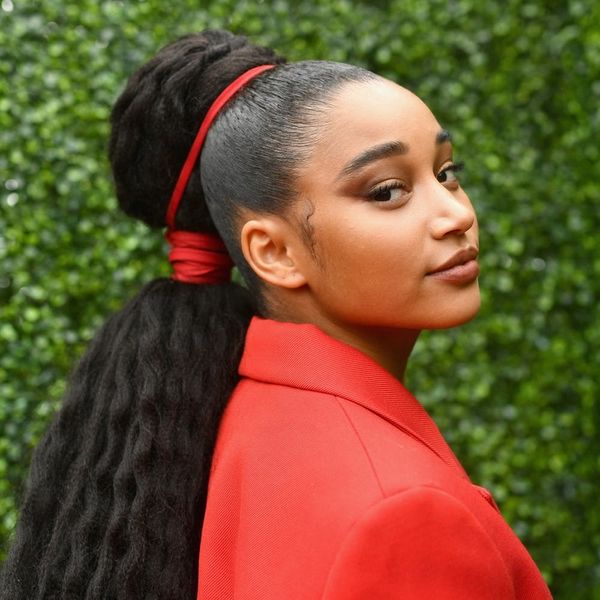 Amandla Stenberg, who previously came out as bisexual and pansexual, has just come out as gay in the newest issue of Wonderland magazine celebrating LGBTQ+ Pride Month.

The 19-year-old star, who announced in 2016 that they identify as non-binary, told Wonderland, “I was so overcome with this profound sense of relief when I realized that I’m gay — not bi, not pan, but gay — with a romantic love for women. All of the things that felt so internally contrary to my truest self were rectified as I unraveled a long web of denial and self deprivation. Like oh, maybe there’s a reason why I kissed my best friends and felt ashamed growing up. … Or developed earth-shattering, all-consuming crushes on… GIRLS!”

Once Stenberg had that realization, everything fell into place. “I was flooded with a sense of calm and peace because everything that I struggled with or felt discomfort around finally made sense to me, and once those floodgates opened and years of pent up pain and shame were released, I found the freedom to live my best life waiting for me just underneath,” they explained.

Stenberg went on to express how their sexuality has enriched their life. “I’m grateful for how being gay has afforded me this ability to experience and understand love and sex, and therefore life, in an expansive and infinite way,” they said. “My sexuality is not a byproduct of my past experiences with men, who I have loved, but rather a part of myself I was born with and love deeply.”

Desiree O
Desirée O is a ‘Professional Bohemian’ who loves anything and everything related to the arts, entertainment, and pop culture. She ADORES being a ‘Newsy’ for Brit + Co, covering all of the latest tidbits of awesomeness that you want to read about. When she’s not writing, she’s either making messy art, going on long adventurous walks with her camera, or poking around over at bohemianizm (http://www.bohemianizm.com/). You can find out about Desirée O and her work at http://DesireeO.com/ or follow her on Twitter @DesireeO.
LGBTQ
Celebrity News
LGBTQ
More From Celebrity News