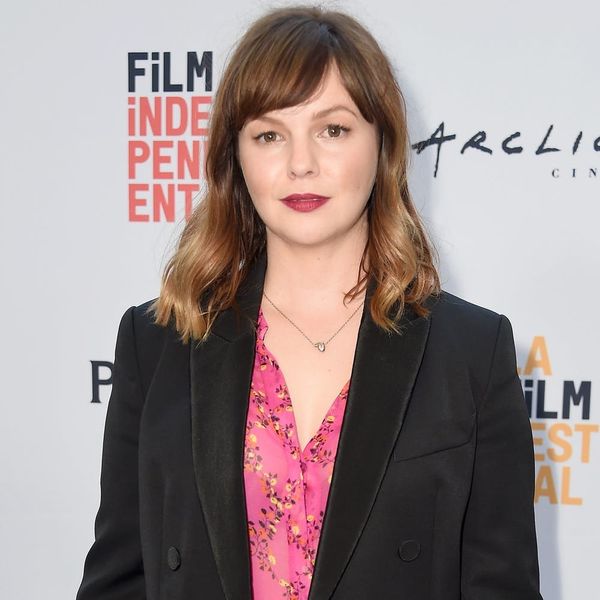 It’s a big day for babies! Not only did TODAY Show co-anchor Hoda Kotb reveal that she’s adopted a baby girl and The Hills’ Jason Wahler drop a pregnancy bombshell on us, but The Sisterhood of the Traveling Pants star Amber Tamblyn (who announced her own pregnancy back in October) just gave birth to her first babe.

Announcing her little one’s arrival in a video post to Instagram, Amber may have also poked a little fun at some of the more out-there celebrity baby names, writing, “David and I are proud to announce the birth of our daughter, Dauphinnoise Petunia Brittany Scheherazade Von Funkinstein Mustard Witch RGB Cross Tamblyn Bey-Jr. #TheFutureIsFemale.”

While we think she’s mostly joking, we’re sincerely keeping our fingers crossed that “Bey-Jr.” is actually a part of Amber’s daughter’s real name, which, as USA Today has confirmed, it seems like she’ll be keeping under wraps for now. Maybe she got some helpful tips from her Sisterhood co-star Blake Lively? (You might recall that Blake and hubby Ryan Reynolds didn’t reveal their own daughter’s name for nearly four months after her birth).

No matter what the sweet girl is named, the video of her little foot confirms one thing for sure: She’s absolutely precious.

What’s your favorite part of Amber’s made-up baby name? Share with us @BritandCo.

Nicole Briese
Nicole is the weekend editor for Brit + Co who loves bringing you all the latest buzz. When she's not busy typing away into the wee hours, you can usually find her canoodling with her fur babies, rooting around in a bookstore, or rocking out at a concert of some sort (Guns N' Roses forever!). Check out all her latest musings and past work at nicolebjean.com.
Blake Lively
Celebrity News
Blake Lively Celebrity Baby
More From Celebrity News