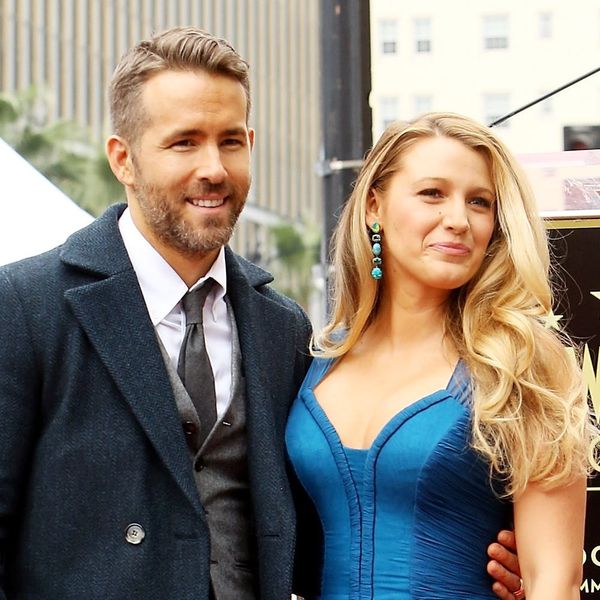 We could barely handle the cuteness when Ryan Reynolds and Blake Lively finally gave us a peek at their super adorable family while they proudly watched the Deadpool star receive his star on the Hollywood Walk of Fame. And though we know Ryan was (thankfully) denied full naming privileges when it comes to their second daughter, we couldn’t help but wonder what that sweet little one was named. And now we FINALLY know!

29-year-old Blake and 40-year-old Ryan, along with their 23-month-old toddler James, would like to introduce…

Pronounced “ee-NEZH” and meaning “pure” or “virginal” according to Nameberry, it’s also the Portuguese variation of Agnes. Perhaps the little one is named after a family member, just with a little individualized spin?

Though we don’t know her middle name(s), we have to say that Ines Reynolds is absolutely adorable. Welcome to the world, little Ines!

What do you think about the name Ines? Tweet us @BritandCo!

Desiree O
Desirée O is a ‘Professional Bohemian’ who loves anything and everything related to the arts, entertainment, and pop culture. She ADORES being a ‘Newsy’ for Brit + Co, covering all of the latest tidbits of awesomeness that you want to read about. When she’s not writing, she’s either making messy art, going on long adventurous walks with her camera, or poking around over at bohemianizm (http://www.bohemianizm.com/). You can find out about Desirée O and her work at http://DesireeO.com/ or follow her on Twitter @DesireeO.
Celebrity Baby Names
Celebrity News
Celebrity Baby Names