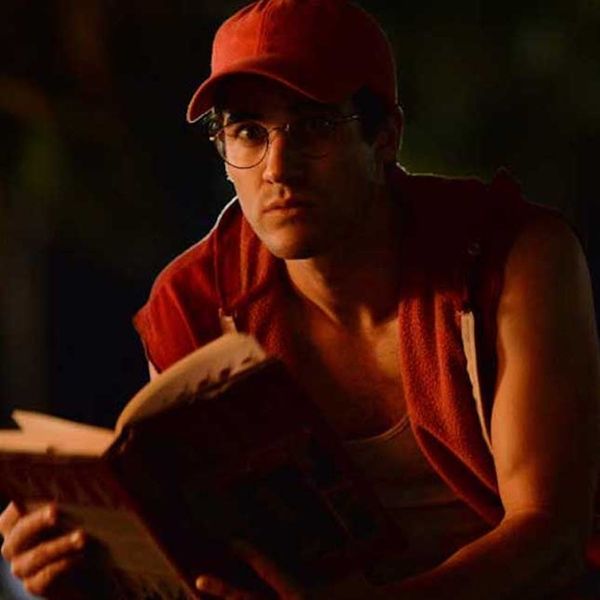 American Crime Story is using an interesting storytelling technique for its second season. Instead of working up to the climax, the origin of the subtitle The Assassination of Gianni Versace, it’s working backward in a very Memento-like fashion. Each episode jumps back on the Andrew Cunanan timeline, while also interspersing parts of Versace’s life that pertain to the story line. In episode two, we get to see why Versace became a little reclusive in the mid-’90s, and it makes it all the more tragic that he was killed after finally coming out on the other side of his illness.

This part of the story is another contentious point between Maureen Orth (the author of the book on which the season is based), the show’s producers, and the Versace family. Orth claims that a Miami police officer told her on the record that Versace’s post-mortem blood tests confirmed that he was HIV-positive, while the family maintains that that is a complete fabrication.

The family has always said that Versace was actually diagnosed with ear cancer, and that’s why he was rarely seen in public for several years.

The writer of American Crime Story season 2, Tom Rob Smith, told The Hollywood Reporter that it doesn’t actually matter what the illness was — the point is that Versace overcame it to start living life again, just months before being murdered by Cunanan.

The point of this flashback, meanwhile, is not only to show the effects of the illness on Versace but also to continue the thread of the homophobia still rampant in the 1990s, which is why, if Versace was HIV-positive, he was afraid to go public with it. The homophobia is a subtle thread throughout the series because it’s partly what led to Versace’s murder — at least, according to the book and the TV series. They contend that if the FBI had done a better job hunting Cunanan before he ever got to Miami, Versace may very well never have been gunned down.

Back to the season’s version of present day. Donatella and Antonio, Versace’s longtime partner, have never gotten along, and now she says they no longer have to pretend to like each other anymore. She promptly dresses Gianni for his cremation, says goodbye, and then leaves town with his ashes.

Backing up a few months, Cunanan is on his way to Miami. We’re told that he’s being pursued for the murder of Lee Miglin, though we aren’t yet told who Miglin is.

When Cunanan arrives in Florida, he turns on the charm for the clerk at a flophouse apartment building and secures a room for $30 a night under his fake name, Kurt DeMarrs. This is where Cunanan meets Ronnie (a nearly unrecognizable Max Greenfield), to whom he boasts about his relationship with Versace. But Cunanan slips up a bit — he says he could have “been Versace” instead of “been with Versace,” a telling mistake.

Before he actually goes after Versace, Cunanan prostitutes himself to an older man. When the two are back in the man’s hotel room, Cunanan very nearly kills him by suffocating him underneath a mask of duct tape, only saving him at the last minute by cutting a hole over his mouth.

A little over a week before Versace is killed, he puts on a big show in Florida, celebrating his new lease on life and new designs. And Cunanan comes dangerously close to being caught when a sandwich shop recognizes him and calls the cops.

Unfortunately, Cunanan gets away. In fact, the executive producers told me at the 2018 TCA winter press tour that the local police force had ample opportunity to catch the spree killer.

“[Versace] is a murder that did not have to occur. [Cunanan] was partying, he was in plain sight, he was at a club across the street from the police department,” said EP Nina Jacobson. “He could have, should have been caught. The assassination of Versace is not just Andrew’s assassination of him, it’s also the failure of law enforcement to embed in any way in the gay community, to not treat them as other, and to let this guy just lurk around waiting for his next move is part of the larger cultural context of the homophobia of that time baked into the story.”

What do you think of American Crime Story season 2 so far? Tell us @BritandCo.