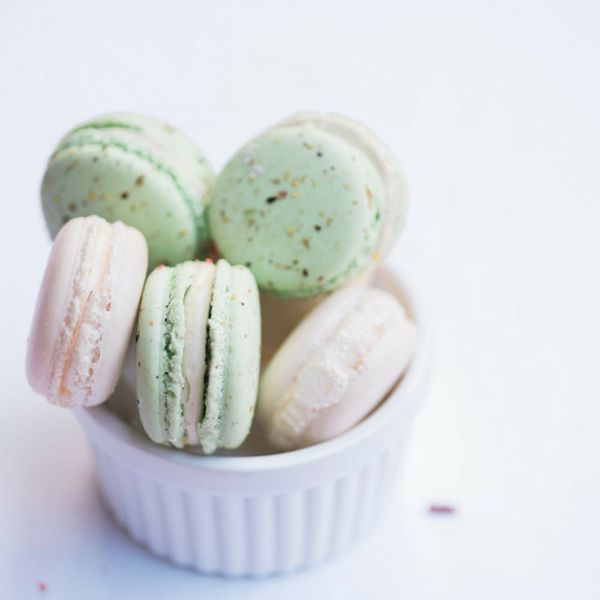 The Gourmands’ Way: Six Americans in Paris and the Birth of a New Gastronomy ($30) by Justin Spring takes a look at the rich lives of Americans who changed the way we eat. This passionate pack of epicureans set aside what they’d learned from their families and American culture in favor of adopting French culinary norms. What they found were countless sumptuous delicacies that were too decadent not to share back in the United States. As a result, there was a proliferation of books, TV shows, first-hand accounts, and of course recipes that made their way to America during the mid-20th century.

Following World War II, there was a three-decade stretch, known as Les Trente Glorieuses, where Paris became not just the apex of tourism for intellectuals and artists but also an incubator of gastronomic genius too. Ironically, this culinary revolution was gaining steam just as processed foods were seeing their heyday across the pond. In America, dried eggs, powdered milk, and TV dinners were amassing a cult of followers dedicated to convenience. Early on, these products didn’t have the reputation of being bad for you. In fact, there were proponents of this space-age food who were producing “cookbooks” at the same time that new ideas about food and wine were beginning to trickle over from France. This period was formative in the way Americans talk about and eat food today. And if it weren’t for these six people, our country may never have experienced the Renaissance of cooking that led our current generation’s appreciation for haute cuisine and Michelin stars.

AJ Liebling was a writer for the New Yorker who used his words and widespread media presence to paint a lasting portrait of the chic and elaborate experience of dining out in Paris. Naturally, Americans couldn’t help but want to feel that too when they ordered a steak downtown on a Saturday night, so they slowly began to live out their interpretations of his descriptions of dinner in the City of Light. And so haute cuisine was born stateside.

Let’s all take a moment to thank the man who made French wine available and comprehensible to Americans. This impresario and wine merchant led a lively life which resulted in him becoming the leading importer of French wines in America, and who, in effect, cultivated the American conception of what fine wine is today. You can even purchase wines that are branded under his name.

Proving that it’s never too late to pursue your dream, Toklas didn’t become a legendary foodie until she was 75. The life companion and muse of Gertrude Stein, she chose to autobiographically recount her life under the guise of writing a cookbook. Eventually, her work evolved to be more of a guide to meals at home in the style français than a memoir of her role in the Modernist period’s bohemian literary circles.

This woman may be the most well-known personality of all American Francophiles, and she’s famous for bringing the French palate to America. Through her TV show and two-volume cookbook, she forever changed the way we appreciate this European cuisine by introducing mid-century viewers to the rich food from an even richer culture. Watching her show, you get the distinct impression that French food must be good if this jolly lady can enjoy it so much.

By elegantly weaving her feelings about good food and associations with fine wine into her novels, this French cuisine pioneer offered a new perspective on food — one which asked the reader to consider food for its artistic merit in addition to its taste. Her most famous work was aptly named The Art of Eating.

This reclusive artist unexpectedly blossomed into one of the most notable gastronomic visionaries of our age. His deconstruction of the French menu helped him create a model of eating that not only synchronized dishes with wines, but also with the season, to transform eating into an organic experience that’s linked to the earth. Needless to say, his beautiful depictions of meals made his cookbooks like Simple French Cooking works of art.

French food is more than just baguettes and recipes with red wine — it embodies a lifestyle. These six adventurous and enterprising American expats captured the joie de vivre of French cuisine and educated their fellow Americans on the link between a happy life and food — and we still benefit from their efforts today in the most delicious ways.

Tell us what you love about French food on Twitter.