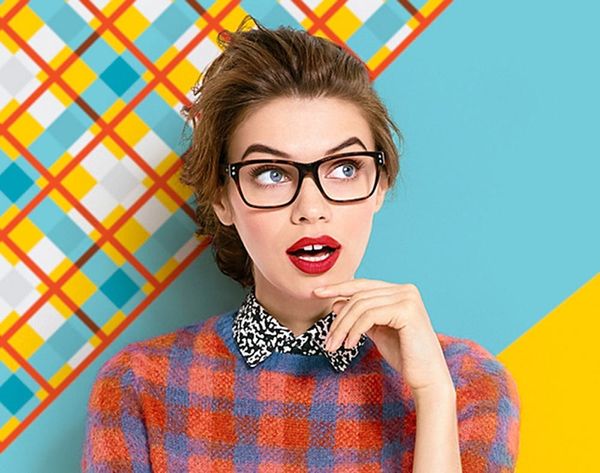 Our love for Target knows no bounds. The solid greeting card selection, the dollar section, the home decor — but what we love most of all are the designer collaborations. Whether it’s a lace dress from Rodarte or some amazing home goods from Oh Joy! we just can’t get enough. And now the red and white giant has done it again. The newest collab is an eyewear line they’ve designed with NYC DJ duo, AndrewAndrew.

Unlike some of the big names Target has snagged before, you may not have heard of AndrewAndrew before. In fact, the two musicians were shocked that Target had heard of them at all. “I don’t know what possessed Target to think we’re a good fit, but we’re thrilled,” they told the New York Observer. “They totally drank the AndrewAndrew Kool-Aid, hook, line and sinker. I don’t even think they know our last names.”

If the name sounds vaguely familiar they were the band Hannah Horvath and her ex-boyfriend, Elijah went to see in that crazy club episode of Girls (you know, the one where she wears that mesh tank top). The artsy duo is surrounded by a cloud of mystery. Friends and family have signed non-disclosure agreements about their last names and they don’t give much away in terms of their past or personal life. What we do know is that they broke onto the DJ scene in the early 2000s and have since taken the NYC art crowd by storm.

The duo’s trademark look is an extremely exaggerated version of preppy – kind of the ultimate geek-chic. They are known for dressing as identical twins, even though they’re aren’t actually related in any way. AndrewAndrew’s recognizable style has definitely translated well into eyewear. The oversized frames are bold, boxy and look very much like what the two wear on a daily basis.

The collection includes five unisex frames in 14 variations of shape, style and color. It seems like the big brand’s optical department is hopping on board the online eyewear trend, as they have also established an in-home try-on program (similar to Warby Parker’s). Customers can get four frames delivered, try them on and then choose which one looks best. The frames retail for a reasonable $129 (price includes frames and lenses).

If there is one thing we know to be true about Target collabs it’s that you better act quickly. These pretty specs will be gone in the blink of an eye (pun 100% intended).

What do you think of Target getting into designer eyewear? Who do you want to see them collaborate with next? Share below!

Cortney Clift
Cortney is the senior writer and special projects editor at Brit + Co. She typically covers topics related to women's issues, politics, and lifestyle. When she's not buried behind her computer you'll find her exploring New York City or planning her next big adventure.
target
Fashion
target
More From Fashion